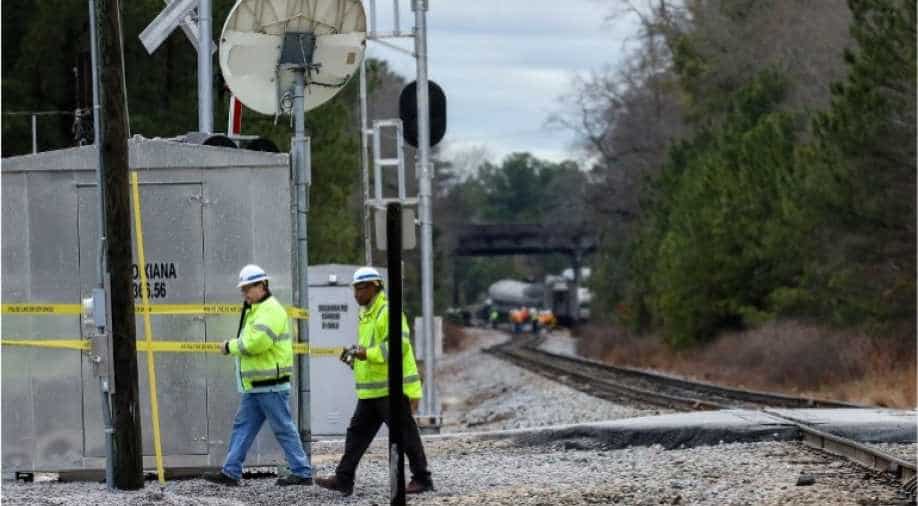 Amtrak's Coast Starlight was en route to Los Angeles from Seattle early Sunday evening when the mishap left the train immobilized near Oakridge, Oregon, about 150 miles south of Portland, the railroad said in a statement.

An Amtrak train with 183 passengers and crew on board was on its way back to civilization on Tuesday after it hit a fallen tree and was stranded in the snowy Oregon wilderness for about 37 hours, railroad officials said.

Amtrak's Coast Starlight was en route to Los Angeles from Seattle early Sunday evening when the mishap left the train immobilized near Oakridge, Oregon, about 150 miles south of Portland, the railroad said in a statement. Heavy snow and other fallen trees made the train temporarily unreachable.

"With local power outages and blocked roads, it was decided the safest place for our customers was to remain on the train where we were able to provide food, heat, electricity and toilets," Amtrak Chief Operating Officer Scot Naparstek said by email.

Some passengers took to social media, posting pictures and video of their fellow passengers passing the time by playing cards, talking or sleeping wherever they could find space.

"We have accepted our new life on the train," a Twitter user identified as Tracy27 posted on Monday night. "Tribes are forming."

Another Twitter user, Rebekah Dodson, praised the train's crew on Monday night, saying they were "still polite and professional" after having been on board for more than 30 hours.

After crews from Union Pacific cleared the tracks, which the company owns, a locomotive was brought in to pull the train to Eugene, Oregon, about 45 miles (70 km) to the northwest early on Tuesday morning, Union Pacific spokesman Tim McMahan said by email.

McMahan said the train will continue to Portland and then return to Seattle, where it originated on Sunday morning. The train, Amtrak No 11, had been due to arrive at Union Station in Los Angeles on Monday at 9 p.m. local time.

Naparstek said Amtrak regrets the delay and will refund passengers' ticket costs and provide "other compensation as appropriate."