Alexei Navalny due in court on Wednesday; Kremlin 'troubled' by calls of 'illegal' protests 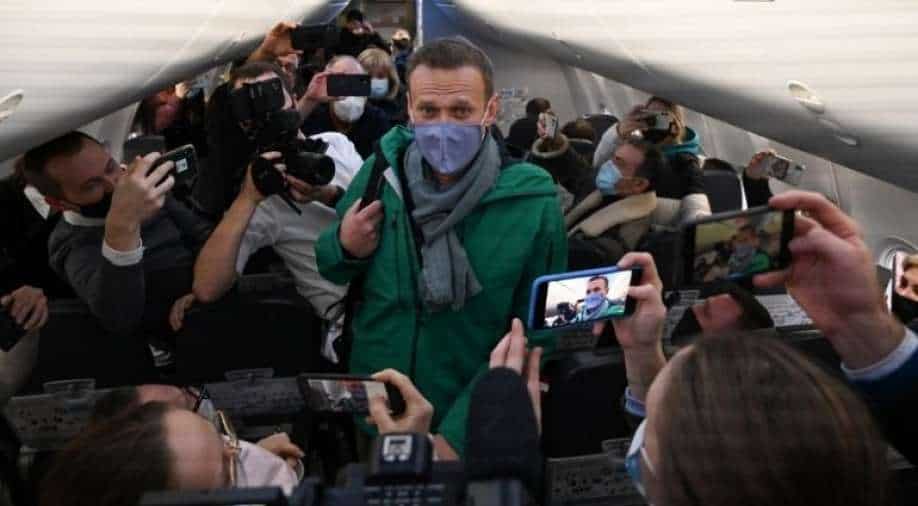 Meanwhile, the Kremlin has dismissed all requests by the Western governments and groups who had called for Navalny's immediate release

Kremlin critic and famous Russian opposition leader Alexei Navalny was sentenced to 30 days in jail within hours of landing in Russia. He is now due in court once again on separate charges of defaming a World War II veteran, his lawyer reported.

The case was opened by the Investigative Committee which is responsible for handling major crimes. The committee opened a probe for libel against Navalny in June for "discrediting the honour and dignity" of a veteran.

Also read| Alexei Navalny to be detained until mid-Feb; calls his supporters to protest

Incident being questioned is when the Kremlin critic took to the social media platform Twitter to criticise several people, which included a veteran who had featured om a promotional video of constitutional amendments which were passed last year, allowing the Russian president to remain in office until 2036.

Navalny had slammed the veteran as a "traitor" and had labelled him as a "shame of the country" and had accused him to be "without a conscience".

The probe has been re-opened now after his arrest. It was earlier suspended five months back when Navalny had fallen critically ill following an alleged poison attack by the Putin-led Kremlin.

This news has come after Navalny was sentenced to 30 days jail time in a makeshift court on Monday, and was later transferred to Matrosskaya Tishina detention centre in Moscow where he will be serving 14 days of the quarantine period for coronavirus.

Due to the quarantine period, the hearing on Wednesday may be scheduled in video format. However, his lawyers and team are still unclear and uninformed about it, they claim.

Meanwhile, the Kremlin has dismissed all requests by the Western governments and groups who had called for Navalny's immediate release and had accused the Putin-led government of trying to silence all opposition voices.

"We cannot and are not going to take these statements into account," said President Vladimir Putin's spokesman Dmitry Peskov. "This is absolutely a domestic affair and we will not allow anyone to interfere in it."

The Kremlin has also urged people to not to listen to Navalny's call for protest and has said the government is 'troubled' by Navalny's calls for 'illegal' protests.