Alexei Navalny to be detained until mid-Feb; calls his supporters to protest 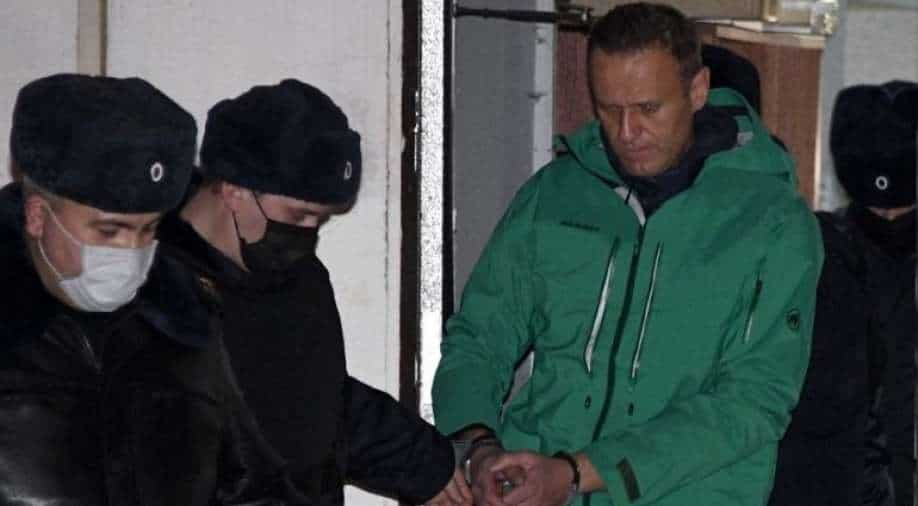 'I've seen a lot of mockery of justice... but they have ripped up and thrown away,' Alexei Navalny said

A few hours after the dramatic arrest of the Kremlin critic Alexei Navalny, the local police hurriedly organised a makeshift court hearing in Moscow, where he has now been sentenced to detention till February 15.

This decision was taken after during the hearing, the state prosecutors asked the judge to jail Navalny at least for 30 days.

Shortly after his sentencing, his team released a video in which Navalny can be seen urging his supporters to take to the streets to protest against the Putin-lef government. "Do not be silent. Resist. Take to the streets -- not for me, but for you," he said.

Navalny had flown back to his home country, Russia, after spending five months in Germany where he was undergoing treatment. He was evacuated to Berlin after he was allegedly poisoned by the Kremlin using a Soviet-era nerve agent Novichok — an accusation repeatedly denied by the Kremlin but confirmed by several international organisations and governments, including Germany.

The 44-year-old Kremlin critic labelled his condition to be a "mockery of justice" as he was brought into a makeshift courtroom at the police station in Khimki, on the outskirts of Moscow.

"I've seen a lot of mockery of justice... but they have ripped up and thrown away," he said. "This is impossible. It's ultimate lawlessness."

Also read| 'I am not afraid': US, EU urge Russia to release Putin critic Navalny

Navalny flew into Russia on a budget airline Pobeda from Berlin's BER airport at 1417 GMT, which was scheduled to land at Moscow's Vnukovo airport around 7:20 pm (1620 GMT) on Sunday.  However, his flight was diverted to the Sheremetyevo airport within a few hours of take-off.

He was then detained by the Moscow Police at a border control post on the Sheremetyevo airport within an hour of landing.

Russia's prison service, FSIN, had, within minutes, confirmed his detention, and said he was taken into custody on "multiple violations" of a 2014 suspended sentence for fraud charges, adding that "he will be held in custody" until a court ruling.

While the Vladimir Putin-led government has been openly voicing their intentions to arrest the opposition leader, Navalny had shrugged off the possibility saying, "They will arrest me? That's impossible, I'm an innocent person."

He is also facing potential new criminal charges under a probe launched late last year by Russian investigators who say he misappropriated over $4 million worth of donations — a claim denied by the Kremlin critic.

Meanwhile, several Western governments have criticised Navalny's arrest claiming this to be an attempt to silence all anti-government voices. The Russian  Foreign Ministry spokeswoman Maria Zakharova, once again, brushed off all accusations and asked the Western countries to "respect international law, do not encroach on national legislation of sovereign states and address problems in your own country."

Sergei Lavrov, Russia's foreign minister, too, slammed the media and other governments for commenting on the fight between Putin and Navalny's parties. "We should probably think about our image, but we're not young ladies going to a ball," he told local reporters.