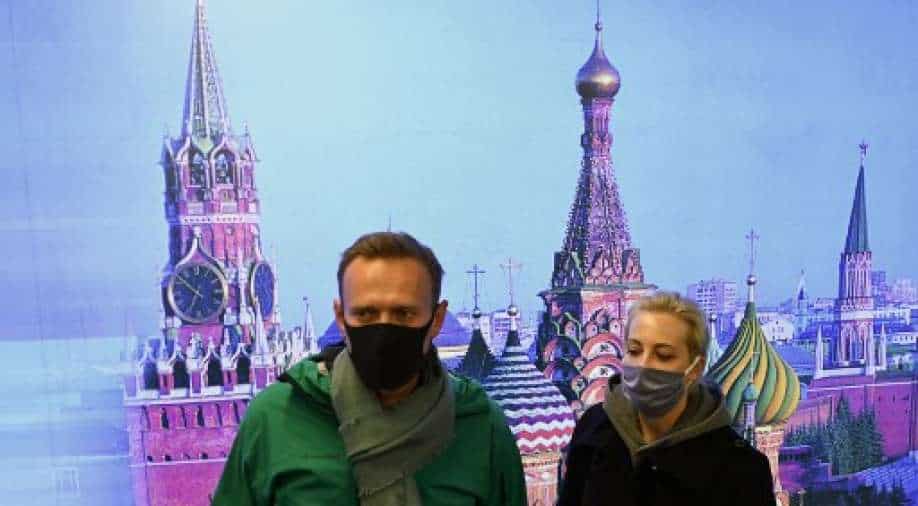 A few hours after the Kremlin critic Alexei Navalny was arrested by the Russian government, Germany's Chancellor Angela Merkel urged the Putin-led governent to reverse its decision.

Navalny had been undergoing treatment in Germany after he was evacuated to Berlin from Russia following an alleged poisoning attack by the Russian President Vladimir Putin.

The United States on Monday "strongly condemned" the arrest of Navalny,44, who arrived in Moscow from Germany after recovering from the poisoning incident last August.

"The United States strongly condemns Russia's decision to arrest Aleksey Navalny," US secretary of state Mike Pompeo said, adding, "We note with grave concern that his detention is the latest in a series of attempts to silence Navalny and other opposition figures and independent voices who are critical of Russian authorities."

Dominic Raab, the UK's Foreign Secretary took to Twitter to condemn the arrest saying, "It is appalling that Alexey Navalny, the victim of a despicable crime, has been detained by Russian authorities."

"Rather than persecuting Mr Navalny Russia should explain how a chemical weapon came to be used on Russian soil," he added.

It is appalling that Alexey Navalny, the victim of a despicable crime, has been detained by Russian authorities. He must be immediately released.

Rather than persecuting Mr Navalny Russia should explain how a chemical weapon came to be used on Russian soil.

The French foreign ministry also joined the United States in supporting Navalny, saying: "France notes the arrest of Alexei Navalny in Russia with very strong concern, it said, adding, "along with its European partners, it is following his situation with the greatest vigilance and calls for his immediate release."

Navalny was detained in Moscow's Sheremetyevo airport on Sunday less than an hour after flying in from Germany.

"Navalny should be immediately released, and the perpetrators of the outrageous attack on his life must be held accountable," Biden's national security advisor Jake Sullivan tweeted.

However, Russian foreign ministry said other governments should "respect international law" while slamming them saying:  "deal with the problems in your own country".

As soon as he arrived, Navalny said: "I am not afraid... because I know that I'm in the right, I know that the criminal cases against me are fabricated." He was taken into custody by Russian authorities soon after.