Ahead of US election, Trump retweets post calling Biden 'paedophile' 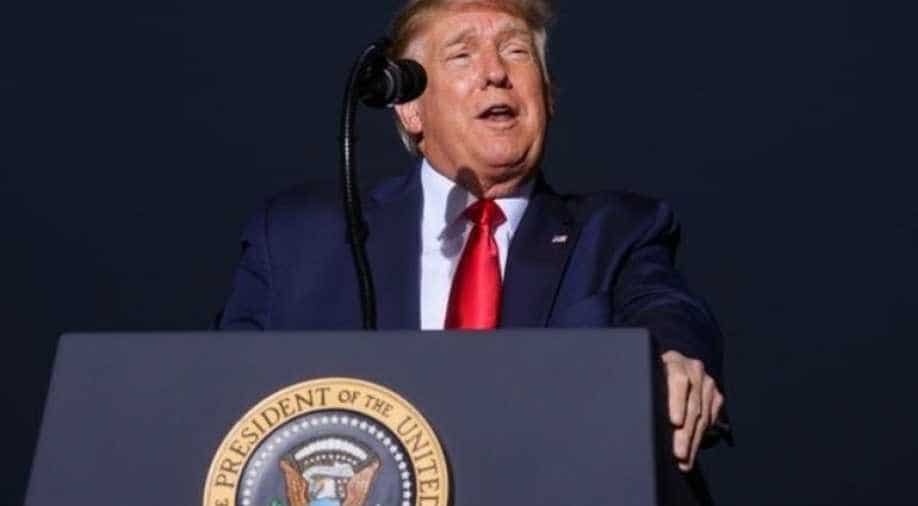 The retweet has come a week after Trump, himself, was accused of passing inappropriate comments about a 15-year-old girl

The US President Donald Trump has hit his rival Joe Biden under the belt in what most people are calling 'a new low' of election campaigning, weeks before the upcoming US elections.

A twitter handle — @ConservUSA38 — tweeted a video of Joe Biden from 2015 where he can be seen leaning in to whisper something in the ear of Stephanie Carter, former Defense Secretary Ash Carter's wife, during his swearing-in ceremony. His hands are seen resting on Carter's shoulders.

The video, created in form of a GIF, was posted with a caption reading "We can beat them at their game ..  #PedoBiden".

The tweet gained a lot of traction after Donald Trump retweeted it on Tuesday.

However, few hours after posting, the original poster added a tweet saying, "Except she’s an adult", but followed it with a collage of four pictures of Biden with four different women/girls with the caption "creep".

However, Stephanie Carter has rubbished these accusations saying, "After the swearing in, as Ash was giving remarks, he leaned in to tell me 'thank you for letting him do this' and kept his hands on my shoulders as a means of offering his support. But a still shot taken from a video — misleadingly extracted from what was a longer moment between close friends — sent out in a snarky tweet — came to be the lasting image of that day."

The retweet has come a week after Trump, himself, was accused of passing inappropriate comments about a 15-year-old girl. Samantha Cohen recently revealed that back in 2012, when she was 15-years-old, Trump called her "piece of a--". When Cohen, Trump's former lawyer, informed him that she was his daughter, Trump responded saying,  "That's your daughter?" ... "When did she get so hot?"