When Santa fell in love...: This Christmas ad by Norwegian postal service is heartwarming - Watch 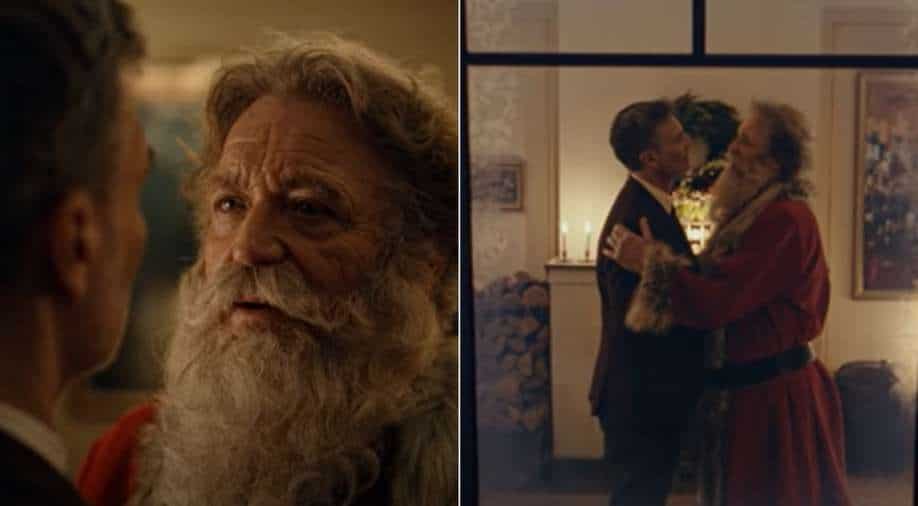 This is a grab from Christmas commercial featuring Santa Claus and a man falling in love during santa's annual visits to the man's home. Photograph:( Others )

It's the Christmas season — a season of joy, a season of merriment, a season of being with loved ones and celebrating the good things... also a season of Christmas adverts, which are more or less like an annual tradition across the world with brands releasing ads with emotional and sweets messages.

In the ad, Santa Claus can be seen striking up a romance with a man called Harry.

"This year it's all about love - highlighting the fact that 2022 marks the 50th anniversary of the decriminalisation of homosexuality in Norway," Posten said in a statement.

"In addition to showing the flexibility of our services, we want to put it in a socially relevant setting," it said.

In the wholesome ad, it shows that Santa Claus and Harry have built a bond after meeting on Christmas over a number of years.

However, they are unable to spend time together because of Santa's busy schedule.

But finally, Santa is free as Norway's Posten services helped with the deliveries of gifts and the two are finally able to spend time together.

And they kiss in the final scene.

"We wanted to celebrate the 50-year anniversary since the abolition of a law prohibiting same-sex relationships," said Monica Solberg, Posten's marketing director.

"The magnitude of response took us a bit by surprise. We expected a reaction, but not to such an extent," she added.

"Everyone should feel welcome, seen, heard, and included. This year's Christmas ad embraces this," it said.

See some reactions to the ad here: 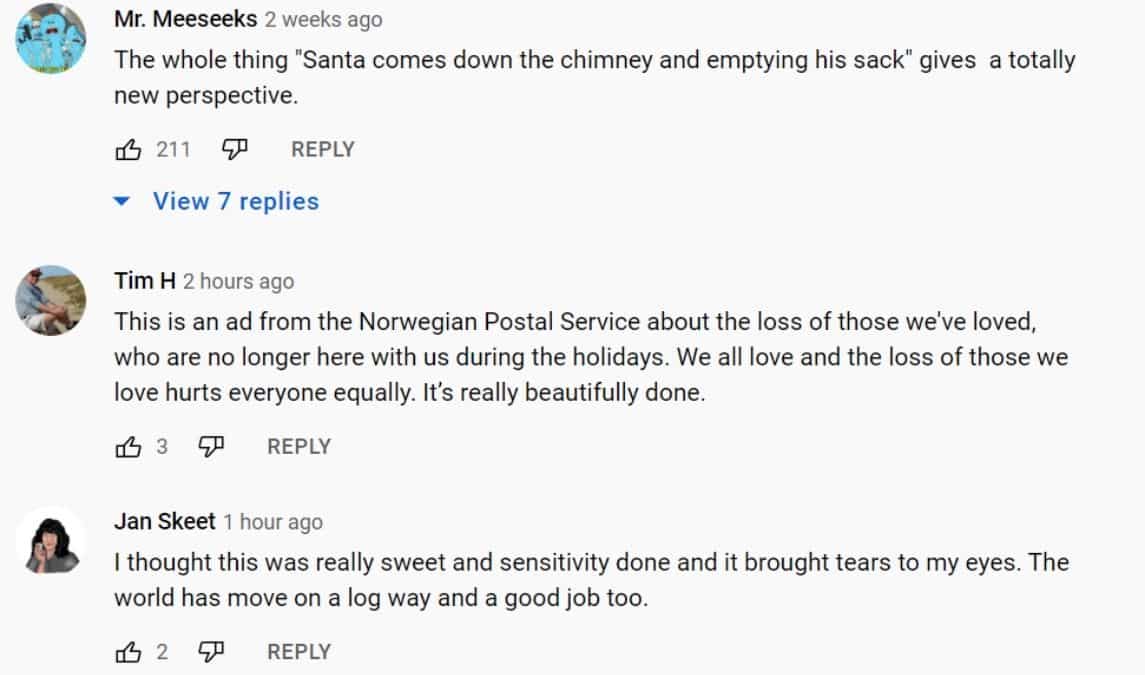