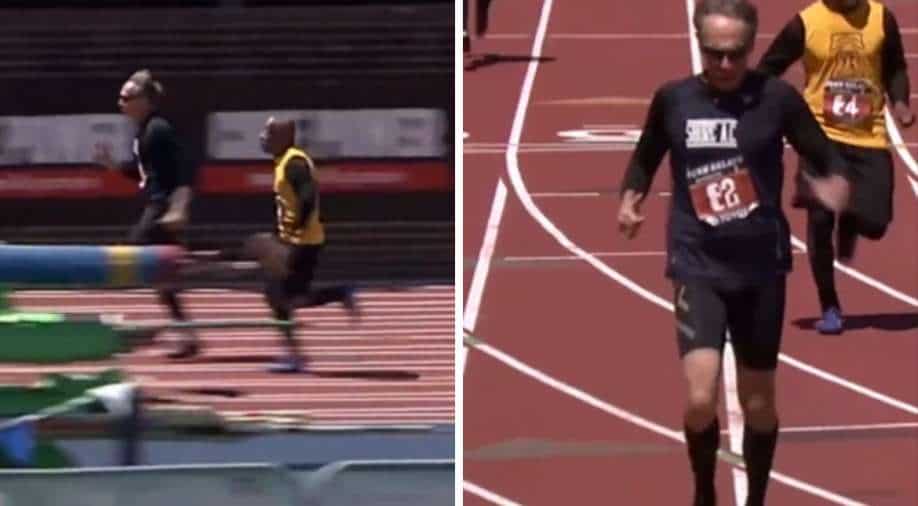 Screen grab of of the video of Michael Kish Photograph:( Twitter )

The 70-year-old American sprinter Michael Kish completed his 100-metre dash event with a 13.46-second timing at the Penn Relays on Thursday.

The 70-year-old American sprinter Michael Kish completed his 100-metre dash event with a 13.46-second timing at the Penn Relays on Thursday. With this he is not only making headlines but inspiring so many on and off the track, the netizens cannot stop talking about him.

He sure has wowed the young, old and everybody as he won the title in his age category. The sprinter who represented Shore Athlete Club was seen taking a prominent lead, leaving others behind with a margin. He took an early lead all the way to the finish line. Kish was seen sporting black sunglasses, confidence teamed with concentration.

Watch Michael Kish set the lead in his event:

His lead in the race is sure a huge inspiration, but why is his age taking the front seat? Are we conditioned to remove the age from the picture for a bit, and credit the achiever for his sheer talent?

Well, for now the internet is still going gaga about his age clubbed with his speed. This could be a potential conversation in times to come.

Here’s what netizens are saying:

These guys at 70, are faster than I ever was.

Age is just a number but talent blossomed always

Here are records of achievers published by news.com.au in a report. During the 2005 Senior Olympics, Bobby Whilden finished the 100-metre race in 12.77 seconds setting the all-time record. Poland’s Stanisław Kowalski clocked 34.50 seconds record in the 100-meter event in 1910, this in the category of men over the age of 105.