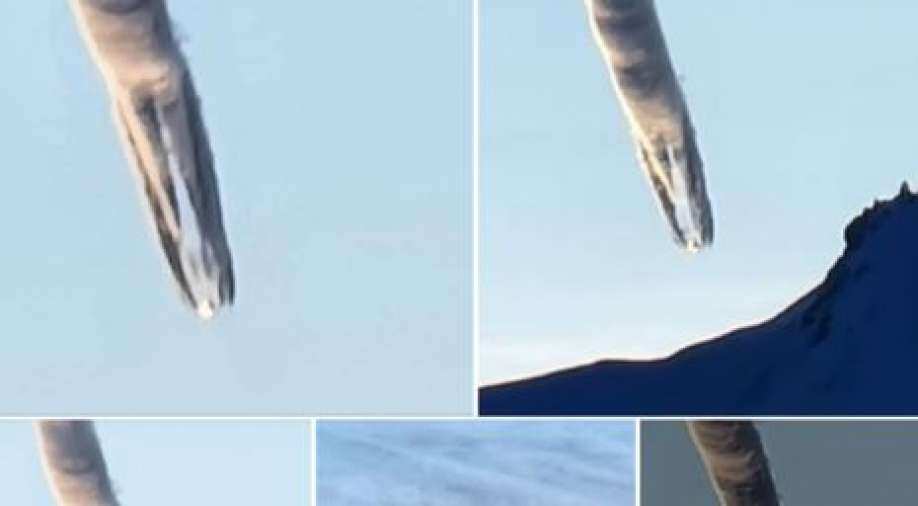 Amid the social media storm, Alaska's state trooper said a rescue team on a helicopter had flown a mission around the Lazy Mountain and had found nothing suspicious.

A weird cloud formation over Alaska's Lazy Mountain ignited a social media storm as people said it was a UFO while others speculated that it looked like a meteor.

Some people said it was crashed aircraft. However, Alaska's state trooper said a rescue team on a helicopter had flown a mission around the Lazy Mountain and had found nothing suspicious.

Ominous cloud seen over Alaska sparks conspiracies.
Some claim it's a crashing UFO or a Russian weapon linked to the ongoing conflict over Ukraine.https://t.co/XDreKxSUQI

“Further investigation revealed that a large commercial jet was flying in that area around the time that the photos and video were taken, it said, adding,"The aircraft was contacted and reported normal flight operations on its way to JFK airport in New York."

"Troopers believe that the photos and videos showed a contrail from the commercial jet combined with the rising sun which together caused the unique atmospheric sight,” the state troopers said in a statement.

However, social media continued to come out with more theories as some said it was a "top secret Russian weapon" flying above.

Russians ? Could be . But it was a contrail . Yet it heeds these days to be vigilant . naziRussians want to pull a Hitler on this world https://t.co/R3WBC2HcnV

The bizarre cloud formation led some users to speculate that it could be a weapons test as conspiracy theories continued to build on the net.