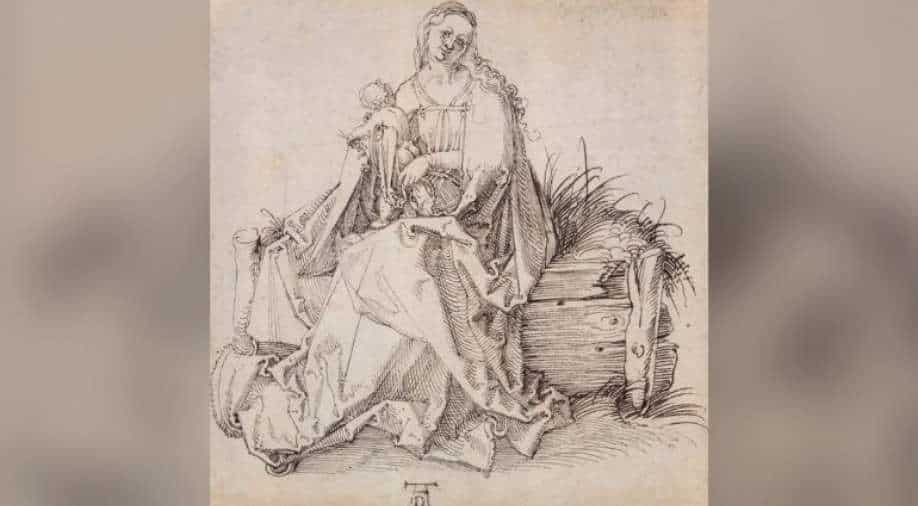 Known as the 'The Virgin and Child,' this drawing has been 'the subject of significant interest since its rediscovery,' as per Agnews Gallery, the London auction house in possession of the artwork

A drawing by Albrecht Durer bought at a yard sale for $30 proved to be worth over $10 million.

Known as the "The Virgin and Child," this drawing has been "the subject of significant interest since its rediscovery," as per Agnews Gallery, the London auction house in possession of the artwork.

"Generally speaking it's an inverse relationship between how dramatic the claim is and how much of a let down it is. "[For example] if someone tells me they have a Leonardo [da Vinci], I'm usually pretty confident I'm going to see some images that are unimpressive," said Boston-based art collector Clifford Schorer.

"It was like [experiencing] a kind of electricity. When you're in my world you spend your life looking for unknown things that lead to fascinating research avenues... and I could see I was at the beginning of something extremely exciting," Schorer said.

Also read | Painting bought by art historian Christopher Wright for $88 turns out to be worth over $54,000

Born in Nuremberg, Dürer established his reputation and influence across Europe in his twenties due to his high-quality woodcut prints.

"It's probably fair to say he's one of the greatest graphic designers that ever lived, a pioneer in engraving and drawing. He was a maestro in black and white, and his famous prints ... inspired artists all over the world."

"In terms of relative value, I think you have to compare it to other old master drawings," Schorer said.

Durer revolutionised printmaking, elevating it to the level of an independent art form. He is regarded as the greatest German Renaissance artist.