Painting bought by art historian Christopher Wright for $88 turns out to be worth over $54,000 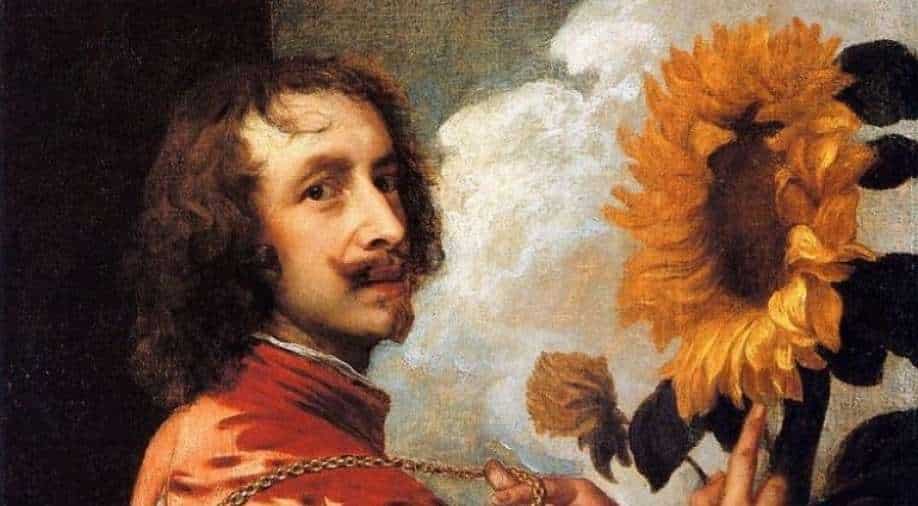 Self-portrait with a Sunflower by Anthony van Dyck (Image credit: WikiArt) Photograph:( Others )

He believed that the artwork was a copy of a painting by Sir Anthony van Dyck, but it was actually an original by the Flemish court painter to King Charles I in the 17th-century

A painting bought by art historian Christopher Wright for $88 has turned out to be worth almost $55,000.

He believed that the artwork was a copy of a painting by Sir Anthony van Dyck, but it was actually an original by the Flemish court painter to King Charles I in the 17th-century.

According to Wright, “I bought it from a jobbing dealer in west London.”

“I was buying it as a copy, as an art historian. I took no notice of it, in a strange way. The syndrome is the cobbler’s children are the worst shod. So the art historian’s collection is the least looked at.”

When he took the painting to Colin Harrison, senior curator of European Art at the Ashmolean Museum, Oxford for a second opinion, he told him that ''I really think your picture is by Van Dyck.''

“When you own something, you don’t take any notice of it. It was the sitter’s hands that set it off. That’s what Colin noticed,” said Wright.

“In the normal way of a museum curator, I immediately was looking around the walls. It seemed to me that this was an interesting and possibly good picture [and] that, if you got the hands right, Van Dyck may very well have painted them,” Harrison said.

The Courtauld Institute of Art in central London confirmed what Harrison said and told Wright that it had been restored.

“It was dirty and had yellow varnish, but it was in decent condition. The whole thing looks absolutely magnificent now.''

“The adroit skill leads us to tentatively propose that [it] can be attributed to Van Dyck’s workshop and that it was completed during his lifetime and under his supervision,” Courtauld’s report stated.