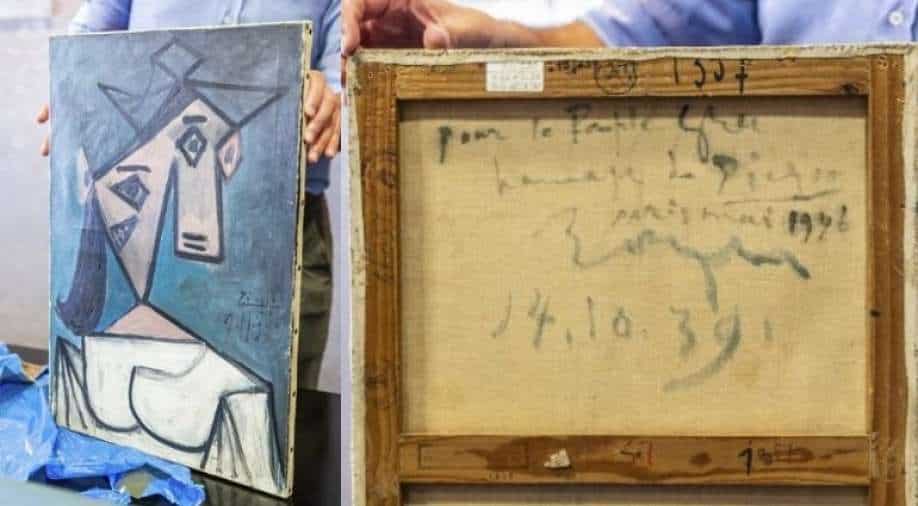 Authorities in Greece have recovered a Picasso painting almost a decade after it was stolen in a heist at the National gallery.

The painting, "Head of a Woman", which was gifted by Pablo Picasso himself to Greece in 1949, was recovered in Keratea from a 49-year-old builder who confessed to stealing the artworks in 2021.

This thief revealed that he had at first hid these paintings in a home but later decided to stash them in thick vegetation at a local gorge. He has now been arrested.

"Today is a special day, (a day of) great joy and emotion," Culture Minister Lina Mendoni told reporters. He also clarified that it would have been impossible to sell this painting as it had a personal note at the back that read, "For the Greek people, a tribute by Picasso". The thief, however, claimed he never intended to sell the paintings as he was an art lover.

This painting was gifted to the Greek state as a symbol of respect for the country’s resistance to Nazi Germany during the period of 1941-44.

In addition to Picasso’s gift, another painting titled 'Stammer Windmill' by the Dutch painter Piet Mondrian was also recovered. This painting was also stolen in the January 2012 heist.