You held on to nothing with greed: Anushka Sharma posts heartfelt note as Virat Kohli gives up Test captaincy 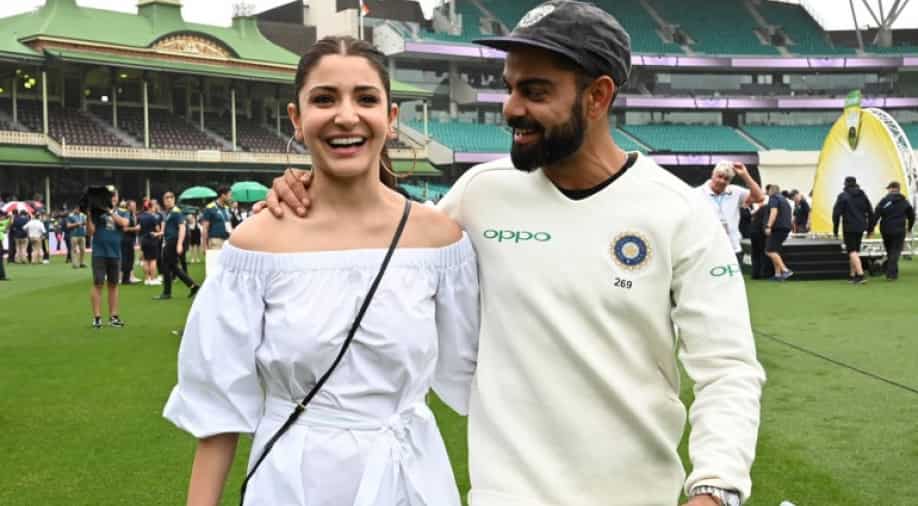 Bollywood star Anushka Sharma took to Instagram to share a heartfelt note after her husband Virat Kohli's decision to leave India's Test captaincy. Kohli announced his resignation from Test captaincy on Saturday (January 15) following the team's 2-1 defeat in the recently-concluded Test series against South Africa away from home.

Kohli had stepped down as T20I captain last year before being replaced as the ODI captain of the Indian team ahead of the South Africa tour. He had a fallout with the BCCI after openly countering president Sourav Ganguly's comments on his sacking as ODI captain.

However, it was a surprising decision for Kohli to give up Test captaincy considering how well he was leading the team in the longest format. Kohli signed off as the most successful Indian captain of all time in Tests with 40 wins from 68 matches. He also became the first Asian captain to win a Test series in Australia in 2019 when he led India to their maiden Test series win Down Under.

Reacting to her husband's decision to give up Test captaincy, Anushka lauded him for always being honest to the game and giving his every ounce of energy to winning a game for his country. In a heartfelt note, Anushka said she is proud of what the team achieved under Kohli's leadership and his personal transformation during the seven-year tenure.

"I remember the day in 2014 when you told me that you have been made the captain as MS had decided to retire from test cricket. I remember MS, you & I having a chat later that day & him joking about how quickly your beard will start turning grey. We all had a good laugh about it. Since that day, I’ve seen more than just your beard turning grey. I’ve seen growth. Immense growth. Around you & within you. And yes, I am very proud of your growth as the captain of the Indian National Cricket team & what achievements the team had under your leadership. But I’m more proud of the growth you achieved within you," Anushka wrote in her post.

"And my love, I am so proud of you for not letting anything come in the way of your good intentions. You led by example & gave winning on field every ounce of your energy to the extent that after some losses I’ve sat next to you with tears in your eyes, while you wondered if there's still something more you could have done. This is who you are & this is what you expected from everyone. You've been unconventional & straightforward. Pretence is your foe & this is what makes you great in my eyes & the eyes of your admirers. Because underneath all this were your pure, unadulterated intentions always.

"And not everyone will be able to truly understand that. Like I’ve said, truly blessed are those who tried to get to know you beneath what meets the eye. You are not perfect & have your flaws but then again when did you ever try to conceal that? What you did was to always stand up for doing the right thing, the harder thing, always! You held on to nothing with greed, not even this position & I know that. Because when one holds on to something so tightly they limit themselves & you, my love, are limitless. Our daughter will see the learning of these 7 years in the father that you are to her," Anushka added in her letter for her husband.

Also Read: Not Rohit or Rahul! Sunil Gavaskar names player who should replace Virat Kohli as India's next Test captain

Kohli had taken over as India's full-time Test captain from MS Dhoni in 2014 and led the country to some memorable wins at home and away from home. He led India to Test series wins in Australia, West Indies and Sri Lanka while the team is leading 2-1 in the now-postponed series in England.