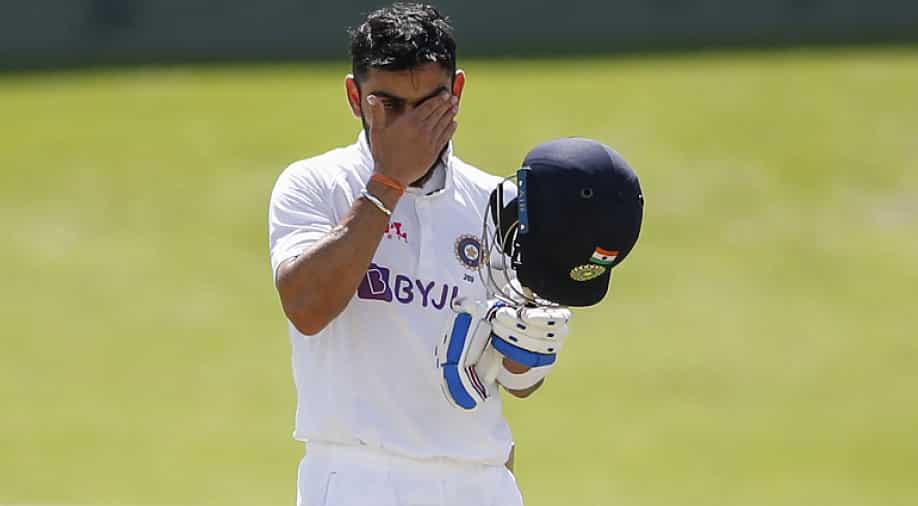 Virat Kohli reportedly informed the BCCI  top brass that he was 'tired' before announcing his decision to leave India's Test captaincy.

Virat Kohli announced his decision to step down as India's Test captain on Saturday (January 15). It came as a surprising call as Kohli, one of the most successful captains of all time in the longest format, had been enjoying tremendous success as the leader of the side in the whites. However, there is more to the story than what meets the eye.

It is no secret that Kohli's relationship with the BCCI had stained after the former skipper delivered an explosive press conference ahead of the South Africa tour in December last year. In the press conference, Kohli openly countered some of the comments made by BCCI president Sourav Ganguly amid raging controversy over the board's decision to replace him with Rohit Sharma as the ODI captain.

Kohli had last year announced he will be leaving India's T20I captaincy while expressing his desire to continue leading the team in both Tests and ODIs. However, he was replaced a few months later with the selectors arguing that they wanted only one captain in limited-overs formats.

As per a report in PTI, Kohli's relations with the BCCI hit the lowest after his bold presser following his sacking as ODI captain and that it was his decision alone to give up Test captaincy. Kohli reportedly had no prior discussions with any of the BCCI top brass before making his decision official on Saturday.

As per the report, Kohli informed the biggies in the BCCI that he is 'tired' and doesn't want to lead the Test team anymore. The BCCI refrained from making any efforts to ask him to reconsider his decision and welcomed the move from the former India captain.

Also Read: Not Rohit or Rahul! Gavaskar names player who should replace Virat Kohli as India's next Test captain

Rohit Sharma set to be the new Test captain?

As per PTI, Rohit Sharma is likely to be appointed as the new Test captain of the Indian team given that he is fit to return ahead of the upcoming home series against Sri Lanka. If all goes well, Rohit will become India's full-time captain across all formats having already been handed over the baton in ODIs and T20Is.

KL Rahul, who led India in Kohli's absence in the second Test against South Africa and acted as his deputy in the series against the Proteas, is likely to be the permanent vice-captain of the Test side going forward. It remains to be seen when and if BCCI will officially hand over Test captaincy to Rohit ahead of the Sri Lanka series.