WTC Final: 'It's like going full circle': Ajaz Patel on playing the final against India 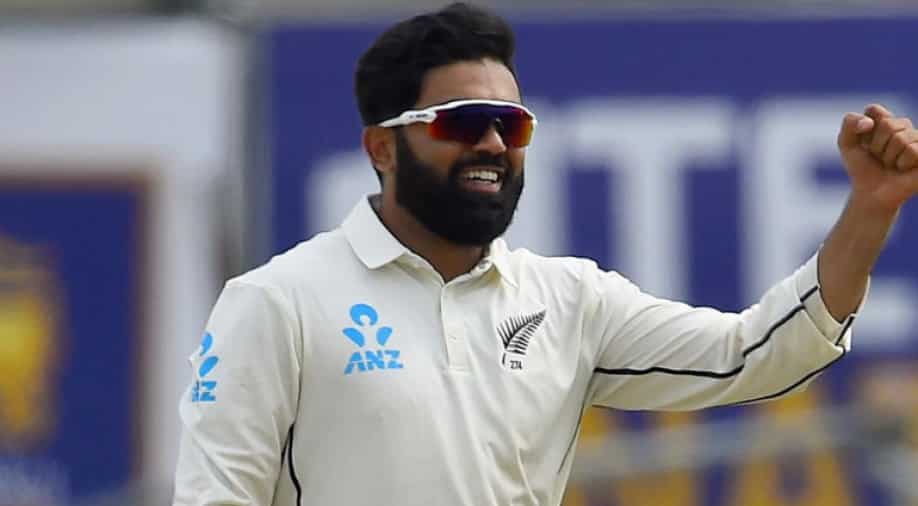 "Yeah, I just got goosebumps thinking about it, to be honest. From where I started my journey in terms of immigrating to New Zealand to then be in a position where you are in England, the home of cricket, playing against India one of the best nations when it comes to cricket and also your birth country while representing New Zealand": Ajaz Patel.

Ajaz Patel, the Indian-conceived New Zealand spinner, is getting goosebumps pondering playing against his birth to the world country in the marquee World Test Championship Final at Southampton. Ajaz Patel accepts he has completed 'full circle' and is set to make heap stories and recollections for what's to come.

Ajaz Patel was conceived and raised in Mumbai. His parents moved to New Zealand when he was eight looking for better monetary freedoms and have lived there from that point onward.

Ajaz Patel began as a medium-pacer in New Zealand however before long moved to left-arm spin, just to get truly outstanding in the speciality in his country. The 32-year-old reviewed the excursion on Sunday and said he desires to treasure this stunning stage later on.

In a conversation with New Zealand Cricket, he said: "Yeah, I just got goosebumps thinking about it, to be honest. From where I started my journey in terms of immigrating to New Zealand to then be in a position where you are in England, the home of cricket, playing against India one of the best nations when it comes to cricket and also your birth country while representing New Zealand which I now call home. It's kind of like going full circle"

"But you know, that's my cricketing journey and I guess it would be quite rewarding to play against India out there and hope I could sit back and look back at something like that in the future and go 'that was an amazing time in my career. I'm sure it's something any cricketer would cherish for as long as they live and it'll be a hell of a story to tell later on", he added.

What’s it like for Ajaz Patel to be staying at the venue for the @ICC #WTC21 Final v @BCCI 🤔 #goosebumps @AjazP pic.twitter.com/YJcAKFLVre

With Mitchell Santner and Ish Sodhi hoarding two top positions in the spin department, Ajaz Patel's worldwide presentation came after very nearly 10 years of crushing in homegrown cricket. In any case, he has taken gigantic steps since, getting 22 wickets from eight Tests at an average of 33.32 including two five-wicket hauls.

Ajaz Patel additionally discussed his experience playing area cricket in England, saying that he has consistently delighted in and taken in a great deal from his time in the country.

"It was a great experience. I learned a lot from it and took a lot back. It's kind of nice to be back here I have always enjoyed my time in England. I have played a couple of seasons of club cricket down here, County Cricket Club in Surrey. So, I have spent a bit of time here and I do enjoy playing cricket in England" - he said.

The WTC Final will begin on June 18. New Zealand and England will secure horns a two-Test arrangement before it, beginning on June 2.