Wriddhiman Saha likely to be questioned by BCCI over breach of central contract clause: Report 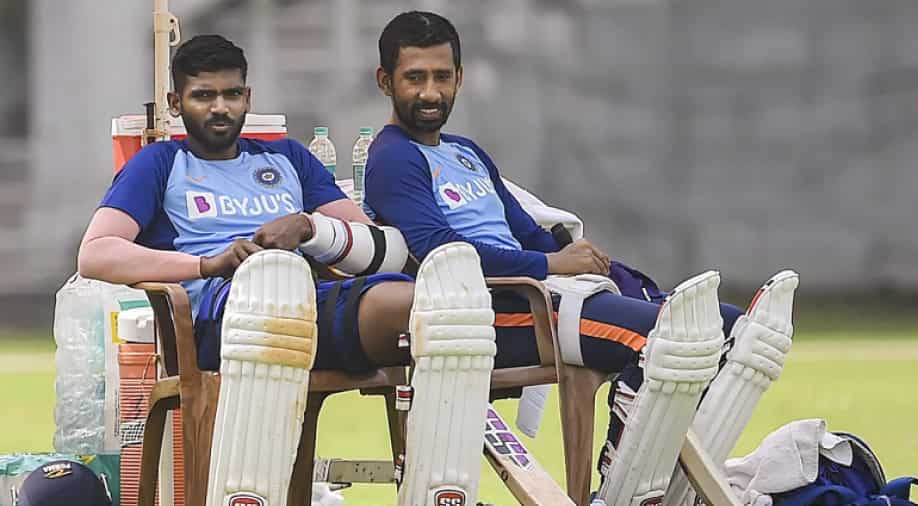 Wriddhiman Saha is likely to be questioned by the BCCI. Photograph:( PTI )

The Board of Control for Cricket in India (BCCI) is likely to question Wriddhiman Saha for breaking a clause in his central contract with the Indian cricket board.

The Board of Control for Cricket in India (BCCI) is likely to question senior wicket-keeper batter Wriddhiman Saha about his recent explosive comments about India head coach Rahul Dravid and board president Sourav Ganguly. After being dropped from India's Test side for the upcoming series against Sri Lanka at home, Saha had made some startling revelations about his conversations with Dravid and Ganguly.

The BCCI believes Saha has violated the terms in his central contract with his comments criticising Ganguly and Dravid. While the wicket-keeper batter had made his conversation with head coach Dravid public after being told that he might not be considered for selection in the Test team anymore, Saha also revealed that he had received assurance from Ganguly about his spot in the Test team being safe as long as the current BCCI president was at the helm.

Saha has said to have breached clause 6.3 of BCCI's annual contract which states that - "Player shall not make any comments about the game, officials, incidents that happened in the game, use of technology, selection matters or any other matter related to the game which is in opinion of the BCCI is adverse to and /or not in the interest of the game, team or BCCI in any media."

Also Read: There’s nothing to be shocked about: Virat Kohli breaks silence on decision of quitting as RCB captain

As per a report in PTI, the board is likely to question the senior wicket-keeper batter and ask for an explanation over his comments. While the BCCI has extended support to Saha after he received insulting messages from an unnamed journalist, the board is not happy with him for making his conversations with Dravid public over selection matters.

"Yes, there is a possibility that BCCI could ask Wriddhiman as to how he spoke on selection matters being a centrally contracted cricketer," BCCI treasurer Arun Dhumal was quoted as saying by PTI.

"As far as the president is concerned, he had tried to motivate him. The board might like to know what made him go public with his dressing room conversations with coach Dravid," he added.

While Saha has received huge backing and support from all corners after being threatened by a journalist, the wicket-keeper batter has decided not to name the person. Saha had said he would not expose the name of the journalist for the sake of his family and his career but is in touch with the BCCI over their investigation in the matter.