Will Virat Kohli & Co. break the jinx? A look at India's record against NZ in T20 WC ahead of must-win clash 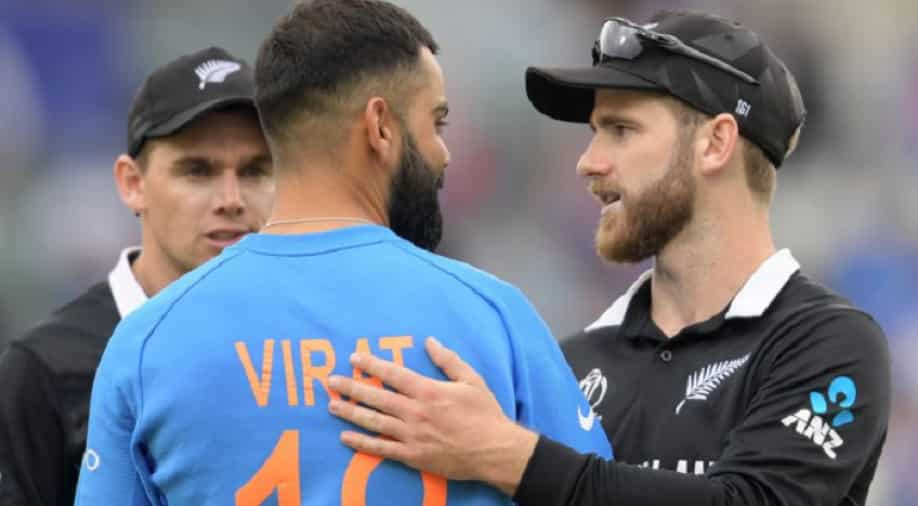 India have had a disastrous start to their campaign in the T20 World Cup 2021 as they find themselves languishing at the fifth spot on the Group 2 points table in the Super 12 stage of the competition. India suffered a humiliating ten-wicket defeat at the hands of arch-rivals Pakistan in their opening encounter to make the worst possible start to the tournament.

The Men in Blue will have to bounce back to winning ways in the must-win clash against New Zealand on Sunday (October 31) as a loss can all but end their campaign in the showpiece event. The ten-wicket loss against Pakistan has done massive damage to India's chances of qualifying for the top four as the game against New Zealand is touted to be a 'virtual quarterfinal'.

Ahead of the all-important contest, here we take a look at India's record against New Zealand in the T20 World Cup.

India and New Zealand have faced each other twice in the ICC T20 World Cup so far and the Black Caps have emerged victorious on both occasions. The Kiwis are unbeaten against India when it comes to the T20 World Cup and will be looking to keep their stellar record intact on Sunday.

The first meeting between India and New Zealand in a T20 World Cup game was in 2007 when MS Dhoni & Co. lost by ten runs in the group-stage clash. It was India's only defeat in the entire tournament as they went on to win the title after beating Pakistan in a thrilling final.

India and New Zealand met for the second time in a T20 World Cup game in 2016. New Zealand once again defeated the Men in Blue by 47 runs to make it 2-0. The game was played in Nagpur where the Kiwi bowlers ran riot against India.

Batting first, New Zealand could only manage a low-key total of 126 runs in 20 overs with the help of Corey Anderson's 34 and Luke Ronchi's 21. India were favourites heading into the run-chase but the Kiwi pacers bundled out the hosts for a paltry 79 to register a comprehensive win by 47 runs in the low-scoring game.