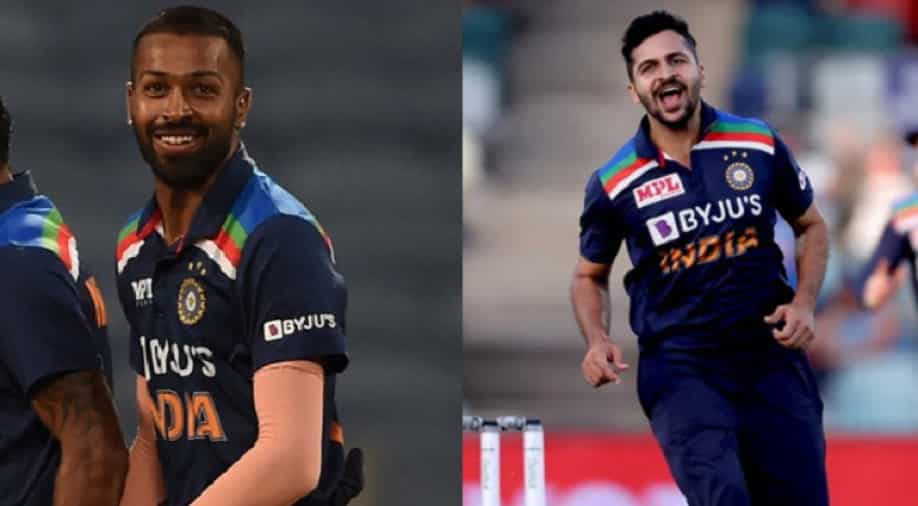 Team India are keen on following the 'CSK template' of not changing and chopping a lot as they look to play the same eleven against New Zealand in their second Super 12 encounter of the ICC T20 World Cup 2021 on Sunday.

Virat Kohli-led Team India got off to a woeful start in the ongoing T20 World Cup 2021 as hey suffered a crshing ten-wicket defeat at the hands of arch-rivals Pakistan in their Super 12 opener last week. Questions have been raised over the combination used in the playing XI against Pakistan with doubts over Hardik Pandya's fitness and his inability to contribute with the ball.

Hardik, who didn't bowl at all in the second leg of IPL 2021 for Mumbai Indians, is unlikely to resume bowling soon in the T20 World Cup 2021. He also struggled with a shoulder injury while batting during the Pakistan game and was taken for a scan, which revealed it was a minor scare.

However, his poor form with the bat and the lack of contribution with the ball has led many to question his spot in the team. But Team India are unlikely to drop him from the playing XI for their next Super 12 clash against New Zealand on Sunday. As per a report in PTI, India are keen on following MS Dhoni's successful 'CSK template' and not chopping and changing much during the T20 World Cup.

Shardul Thakur, who is being touted to replace an out-of-form Hardik in the playing XI, is unlikely to make the cut as 'no one is comfortable betting on Shardul the no.7 batter' for India, as per PTI. The report further adds that the team management believes number 7 is too high a batting position for Shardul, who is coming off a great season with Chennai Super Kings in the IPL 2021.

Bhuvneshwar Kumar, who has struggled to find his rhythm and conceded 25 runs off his 3 overs against Pakistan, without managing a wicket, could have been sacrificed to make way for Shardul but the team management is likely to persist with the senior pacer against New Zealand.

Also Read: 'Can we talk about cricket': Nabi tells reporter on being asked if Taliban will question Afghanistan