Will Avesh Khan get a look-in for Deepak Chahar? Predicting India's XI for 2nd T20I vs West Indies 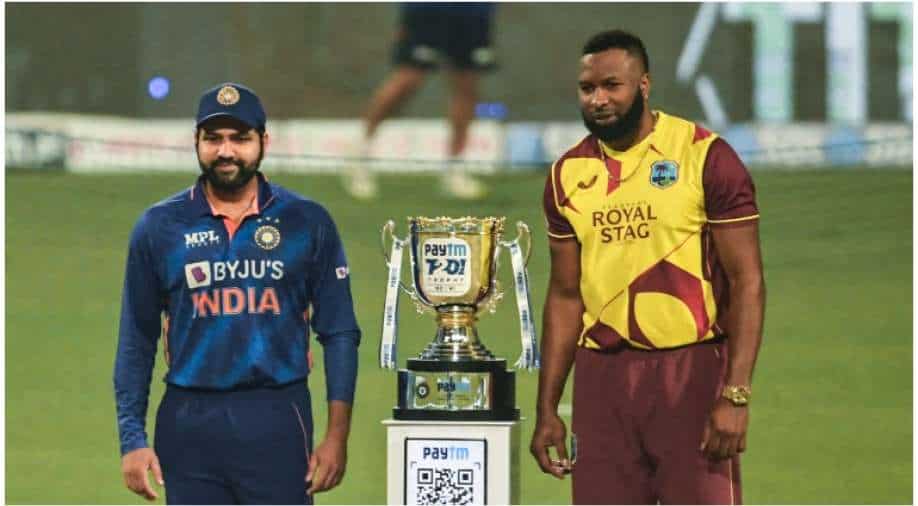 Ahead of the second and penultimate T20I between India and West Indies, here's predicting Rohit Sharma & Co.'s playing XI:

Team India were clinical in the first T20I of the three-match series versus Kieron Pollard-led West Indies. Opting to bowl first, the Rohit Sharma-led side restricted Windies for 157/7 and chased down the score with seven balls and 6 wickets to spare on Wednesday (February 16).

India were led by Harshal Patel and debutant spinner Ravi Bishnoi's two wickets apiece to restrict the tall West Indian batting line-up before Rohit & Co. chased down the score in the penultimate over. However, it wasn't an easy ride as the Indian batting line-up were challenged towards the end of the run-chase before Suryakumar Yadav and Venkatesh Iyer's unbeaten fifth-wicket stand completed the formalities.

During the course of the game, India had some injury concerns. Deepak Chahar got injured while fielding. On the other hand, all-rounder Iyer also incurred a blow on his thumb. While nothing has been confirmed regarding the duo's availability, Shardul Thakur and Avesh Khan or Mohammad Siraj could be drafted into the playing XI in place of Iyer and Chahar, respectively.

India can also bring in Shreyas Iyer or Ruturaj Gaikwad for the KKR opener Venkatesh. However, they might not risk being a bowler short versus a dented WI batting line-up. Hence, Shardul is very likely to replace Iyer if the latter sits out. Rest of the line-up is expected to be unchanged.

The second and penultimate tie will be held at the same venue, at Eden Gardens, Kolkata, on Friday evening (February 18). The final T20I will also be played here.