This is your property: Heartwarming! Tendulkar reveals why he returned Virat Kohli's retirement gift 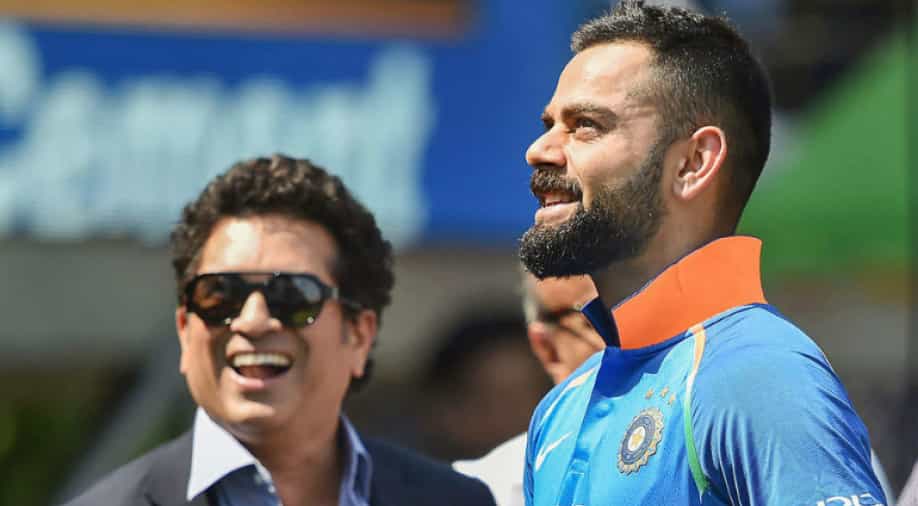 During his last international game -- i.e. a Test match versus West Indies at his home ground Wankhede Stadium, Mumbai -- Sachin Tendulkar received a special gift from Virat Kohli. Here's why the Master Blaster had to return the gift.

Sachin Tendulkar remains a big name in world cricket. Having represented Team India for 24 years, the Master Blaster signed off as the most successful batsman at the international level, with 100 centuries and being a part of the MS Dhoni-led Indian team's victorious run in the 2011 ODI World Cup.

During his last international game -- i.e. a Test match versus West Indies at his home ground Wankhede Stadium, Mumbai -- Tendulkar received a special gift from Virat Kohli. On the occasion of Tendulkar's retirement, Kohli gifted the iconic batter a prized asset that he possessed. It was a sacred thread given to Kohli by his late father, Prem Kohli.

Recalling the occasion of his final match as an international cricketer, Tendulkar revealed the whole story and shared why he returned Kohli's retirement gift. He said: “I was sitting in one corner alone with a towel on my head and wiping tears and I was really emotional. And at that time, Virat had come to me and Virat gave me the sacred thread that his father had given him…

“And I kept that for a while and then returned that to him again. I said, ‘This is priceless and this has to stay with you and no one else. This is your property. And you should have it till your last breath.’ And I gave it back to him. So that was an emotional moment, something which will be always there in my memory, forever. “

During the conversation, Master Blaster also revealed that he was unaware of his earnings as an India cricketer. “It was more about the number of runs that I scored, not how big my bank account was - didn't matter. For me, when I started at that time in 1989 till the end of my career, I did not know how much I was getting paid to play for India, because I never looked at it that way,” he pointed out.

Tendulkar retired from the highest level with over 34,000 runs and 100 centuries under his belt. He remains an all-time great courtesy his 24-year-long career, spanning from 1989-2013.