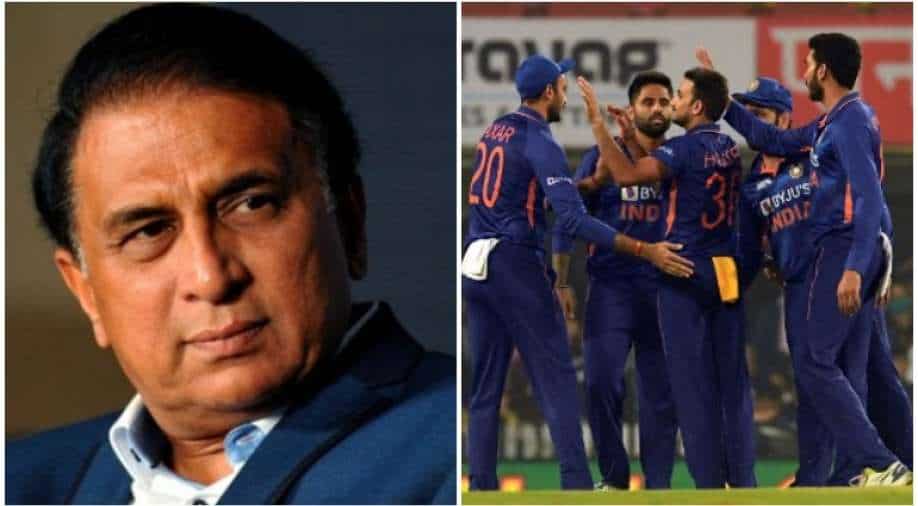 Little Master Sunil Gavaskar has lavished praise on India and RCB's fast-bowling all-rounder for getting a whopping deal at the IPL 2022 mega auction.

Harshal ended with 32 wickets -- joined most scalps in a season along with Dwayne Bravo -- and the Purple Cap in the IPL 2021 edition. However, the death-over specialist was brought back by the Bengaluru-based franchise for a whopping INR 107.5 million (INR 10.75 crore). Little Master Sunil Gavaskar has lauded Harshal and feels he deserves every penny earned at the mega auction.

"Look he deserves every penny, every rupee that he’s earned at the auction. He put in a fabulous performance last year. And the best part about Harshal Patel is how he has reinvented himself. Earlier, he was a bowler batters were looking to face because he hardly had any change of pace. He was being taken for a lot of runs. He is learning from it, he has improved from that. Now, he is the bowler that batters do not want to face because they don’t know what he is going to bowl," Gavaskar said to Star Sports.

He further asserted, “He has got a very good yorker. He has got a slower bouncer. He has got a delivery that skids along quite nicely so he has got the works and he knows when to use it because of the experience he has had playing in the IPL for the last few years. He has only got better every year."

Harshal was one of the star performers for Team India in the first T20I versus West Indies, at the Eden Gardens, Kolkata on Wednesday (February 16). Being asked to bat first, Kieron Pollard-led WI managed only 157-7 courtesy Harshal and Ravi Bishnoi's two wickets apiece before Rohit's 19-ball 40 and unbeaten stand between Suryakumar Yadav-Venkatesh Iyer propelled India to a six-wicket win.

Harshal is becoming a regular in the T20I setup and is in the reckoning to be in Team India's squad for the 2022 World Cup.