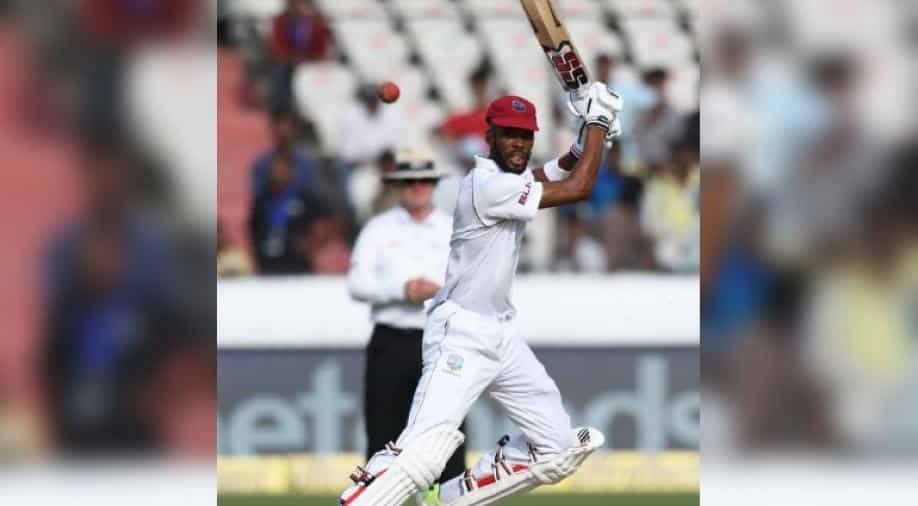 A lot of things were not going in the favour of West Indies team in the two-match Test series against India, having lost the first Test by an innings, the team has finally got a reason to celebrate on the second day of final Test on Saturday.

All-rounder Roston Lamar Chase, who completed his fourth international century, has given a hope of setting a challenging total as they battle to level their Test series against India.

The batsman leads the Windies attack from the front, bringing up his fourth Test hundred! 👏#INDvWI LIVE ⬇️https://t.co/E9pqFy2Khv pic.twitter.com/xWGYBl4qQB

The 26-year-old is a Barbadian cricketer who also plays for Barbadian national side in domestic.

West Indies at times looked in trouble but Chase built crucial partnerships, including a 104-run seventh-wicket stand with skipper Jason Holder, who made 52.

Right-arm off spin bowler Chase kept his calm to counter-attack with wicketkeeper-batsman Shane Dowrich in a 69-run sixth-wicket stand, as skipper Virat Kohli mixed and matched the Indian bowlers.