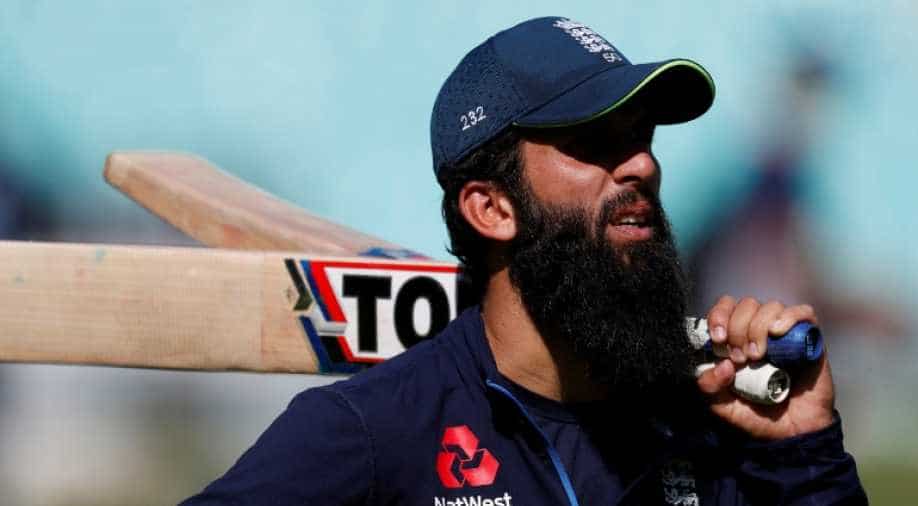 England head coach Chris Silverwood on Wednesday apologised for the way Moeen Ali's exit from the ongoing Test series against India was communicated by captain Joe Root but said the team management is "happy to own that decision".

England head coach Chris Silverwood on Wednesday apologised for the way Moeen Ali's exit from the ongoing Test series against India was communicated by captain Joe Root but said the team management is "happy to own that decision".

Root, in a post-match press conference, had said that Moeen had "chosen" to leave the India tour after the completion of second Test in Chennai, which was the all-rounder's first appearance in 18 months.

However, Moeen had actually taken up a pre-planned period of rest, allocated to all of England's multi-format players.

“First of all we’re sorry if the impression we gave yesterday was that Moeen’s being treated different to other people,” Silverwood said.

“He isn’t, I can guarantee you of that; the decision was ours, as it was with Jos Buttler, Sam Curran, Jonny Bairstow and Mark Wood. We’re happy to own that decision.”

The England head coach further admitted that staying out for the remainder of the Test series against India was discussed with the all-rounder but accepted that Moeen's personal circumstances made it tough.

Notably, Moeen had spent 20 days inside a room for quarantine since the start of the Sri Lanka tour, having tested positive for COVID-19 on arrival in Sri Lanka in the month of January.

“The question was posed to him. He was asked, but ultimately we felt it was the right decision for him to go home,” he said.

“It was a unique situation with Mooen, he’d spent so long in isolation, getting Covid out in Sri Lanka, and with how he just broke back into the team.

“We touched base with Mo last night, as did Joe. He’s fine, he understands that we’ve got his best interests at heart and we’re trying to look after him, the same as the other players. These are strange times we’re in and we have to look after our players.”

"I think the rotation policy is something we need to get on with and make it work as best as we can. People do need to see their families, we are trying to make life for our players as comfortable as possible. We just need to make it work, people need to spend some time with their families. We prioritise Tests and T20s equally, T20 World Cup is here in India, but we need to make sure that everyone stays in top form, and in order to do that, we need to rotate players and look after them. I can guarantee you we are not prioritising anything above Test cricket," said Silverwood.

"We have to rotate people, that's why we are working so hard in order to have a big group of players we can work with. We have seen some players who we might have not seen normally. We understand that we need to do it. We also need to make sure that when we arrive at the Ashes, we have a healthy group of players that are all capable of performing. This all started for me one year ago, we have some great Test cricket between now and then, and we want to win everything," he added.

Meanwhile, England have announced the squad for the third Test against India, scheduled to be played from February 24.

While the likes of Jonny Bairstow and Mark Wood have been included in the squad, Moeen will head back home.