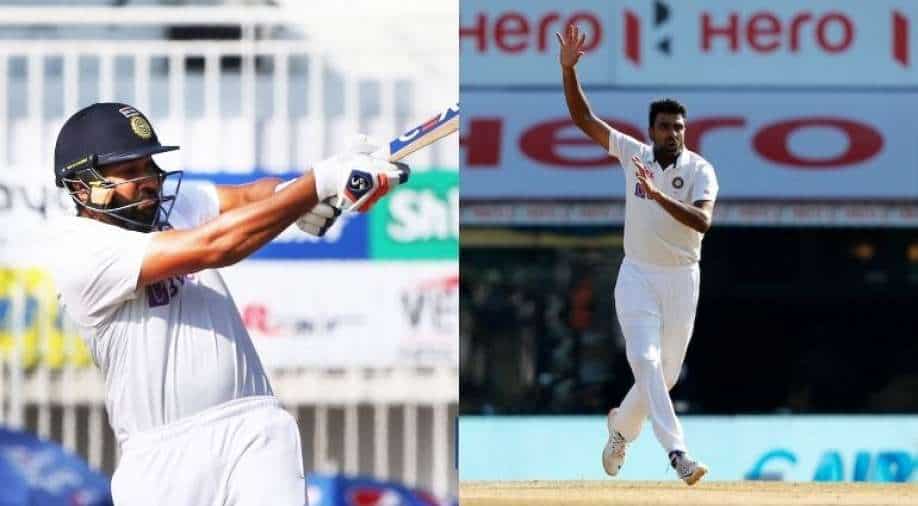 Local boy Ravichandran Ashwin's all-round magic at Chepauk saw him jump 14 places to 81st in the list of batsmen after scoring a gritty ton in the second innings.

Rohit Sharma's 161 runs in the first innings powered India to 329 runs. The prolific opener gained nine places after the gritty knock and is now at 14th position, his best since November 2019.

Local boy Ravichandran Ashwin's all-round magic at Chepauk saw him jump 14 places to 81st in the list of batsmen after scoring a gritty ton in the second innings. However, he remains seventh among bowlers after grabbing eight wickets in the match. Chennai-based Ashwin gained 33 rating points to reach within three points of sixth-ranked Stuart Broad and to within 21 of second-ranked Neil Wagner.

Upward graph for Rishabh Pant continues after young southpaw's 58 not out in the first innings has helped him continue his upward movement and he is now at a career-best 11th position. Kuldeep Yadav returned to 50th rank, whereas, debutant Axar Patel entered the list at 68th place. Patel got a fifer on his maiden Test match.

Losing team England had their share of ups and downs in the updated rankings, spinner Jack Leach gained six places to reach 31st position at a career-best 524 points after grabbing six wickets in the match. However, the remainder slipped down in their rankings, including Ben Stokes, who has lost his top position among all-rounders to West Indies' Jason Holder.