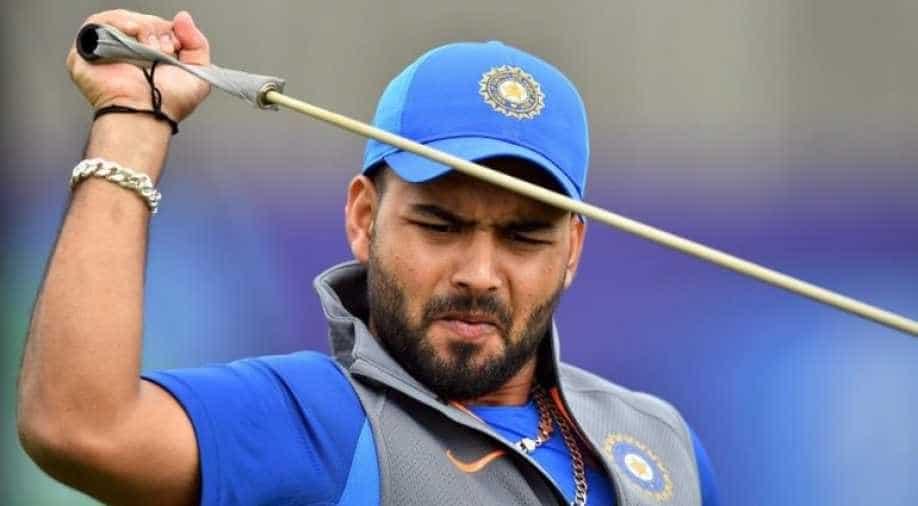 Rishabh Pant's wicket-keeping has been subject to criticism due to several missed catches and opportunities.

Former England captain Michael Vaughan lauded Rishabh Pant for his wicket-keeping in the second Test match was India's biggest positive out of the match, however, he also believes that the 23-year-old has a long way to go before he can be a good and consistent keeper in the world.

Rishabh Pant's wicket-keeping has been subject to criticism due to several missed catches and opportunities. But two brilliant stumpings and catches in the recently-concluded Test reflected the hard work the young southpaw has put behind the stumps.

Vaughan, however, feels one Test is not enough to call Pant a good wicketkeeper. "I will be honest. I think the biggest positive for the Indian team for Rishabh's keeping. I think that had been a massive question mark over the Indian team," Vaughan told Cricbuzz.

"Can they be the best in the world over a generation? You can't beat if your wicketkeeper is dropping the ball. That's a fact. You just can't. You need to keep a hold of the ball... stumpings, catches. Be very active behind the stumps."

"We know that he's active because he's always a little bit chirpy and that's fine. But you've got to be able to catch the ball. His keeping in this game has been very, very good and that for me has been a massive positive for the Indian team. He needs to continue to work and get better, and catch a majority of the balls that come his way, and do it with better technique," Vaughan added.

"I think it's getting better all the time and he's probably doing a lot of work on the training ground - he's still got a long way to become a real, consistent keeper. One good Test match behind the stumps doesn't make you a good wicketkeeper. He's got to do it again."