'We have to adapt': Jose Mourinho to Jurgen Klopp over hectic schedule 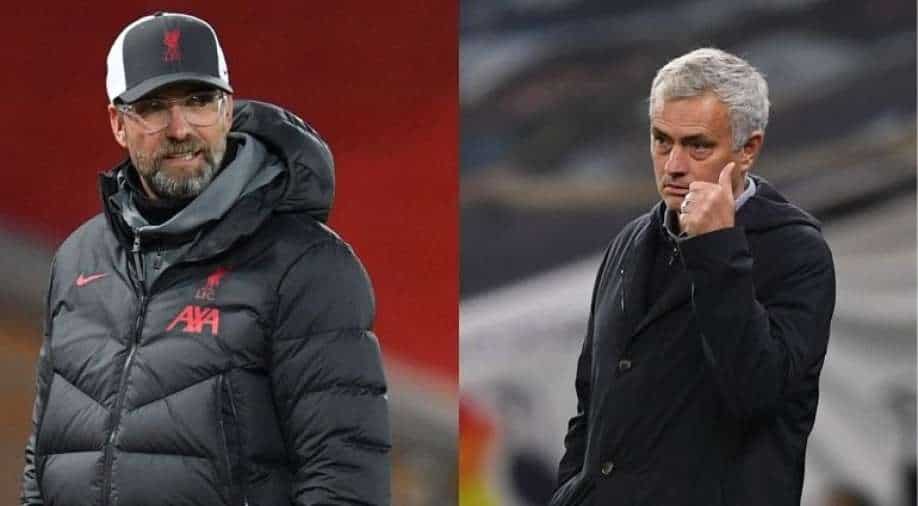 'We have to adapt': Jose Mourinho to Jurgen Klopp over hectic schedule Photograph:( AFP )

But Mourinho said Klopp had no choice but to get on with it.

Liverpool boss Jurgen Klopp lashed out on broadcasters due to hectic match schedules which has been the reason for injuries. However, Spurs coach Jose Mourinho says he was dealing with the same problems 16 years ago.

Liverpool has lost many stars including Virgil van Dijk and Joe Gomez to injuries due to cramped up schedule. Skipper  Jordan Henderson, newbie Thiago Alcantara and Naby Keita also dealing with injuries.

According to Klopp, the scheduling of Champions League matches, which are broadcast by BT, and the Premier League, which is broadcast by Sky and BT, is putting a strain on players.

But Mourinho said Klopp had no choice but to get on with it.

"I arrived in (the Premier League) in 2004 so what he knows from 2015, I know since 2004," Mourinho told a news conference on the eve of Thursday's Europa League clash against Ludogorets.

"Nothing changes. We have to adapt to it, that's the way it is."

Spurs are set to face Chelsea in Premier League after playing a fixture in Europa League.

"They were lucky this week that the draw gave them a Tuesday match. That's not a new thing, that happens all the time," the Portuguese manager added.

"We knew since we went into the Europa League so we're not going to complain about it. We knew we were to always play on Thursday."