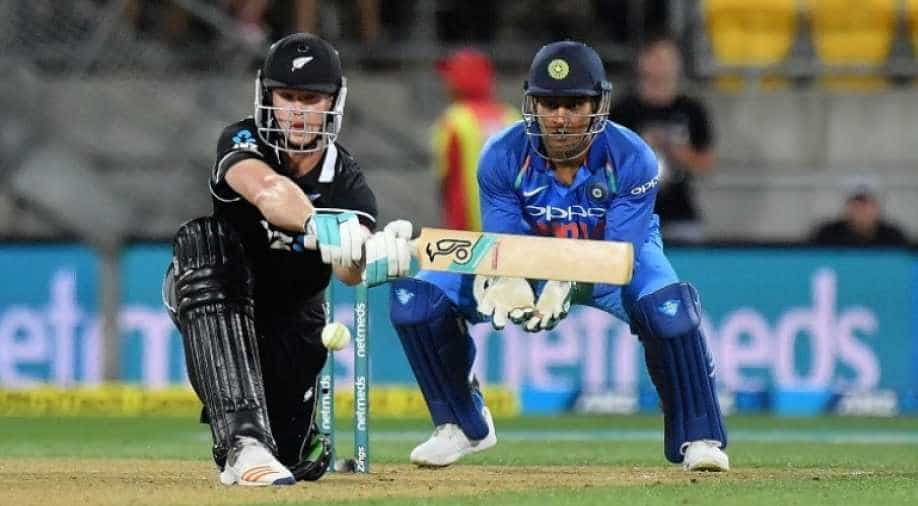 Neesham's freak run out, which was affected by the ever so sharp Mahendra Singh Dhoni from behind the stumps, came after a LBW appeal was turned down.

India defeated New Zealand by 35 runs in the fifth One-Day International in Wellington on Sunday to wrap up the series 4-1, after a spirited final clash between the two sides.

Along with the victory, MS Dhoni's crazy effort to dismiss Jimmy Neesham has also been appreciated by the Indian fans.

While chasing the 253-run target set by India, New Zealand batsmen squandered their starts but the home team remained in the contest until Jimmy Neesham (44 off 32) was dismissed in the 37th over.

His freak run out, which was affected by the ever so sharp Mahendra Singh Dhoni from behind the stumps, came after a LBW appeal was turned down.

Neesham was hit on the pads while trying to sweep Kedar Jadhav's delivery. The ball rolled behind to Dhoni and he under armed it towards the stumps while appealing for the wickets.

The Reason why Speed Measure in M/S
Dhoni Is Just Perfect....#NZvIND pic.twitter.com/rR1D40SXg4

No one better than him when its come to 'Presense of mind'.... cleverest mind on cricket field. #Thala #Dhoni #NZvIND pic.twitter.com/Qy835cBxq9

Team India made a disastrous start and were four for 18 before Ambati Rayudu, with help from Vijay Shankar, steered the side to 252 and New Zealand in reply were all out for 217.

Captain Rohit Sharma admitted he took a gamble - and Rayudu made sure it paid off - when he opted to bat first instead of playing to India's run-chasing strength.