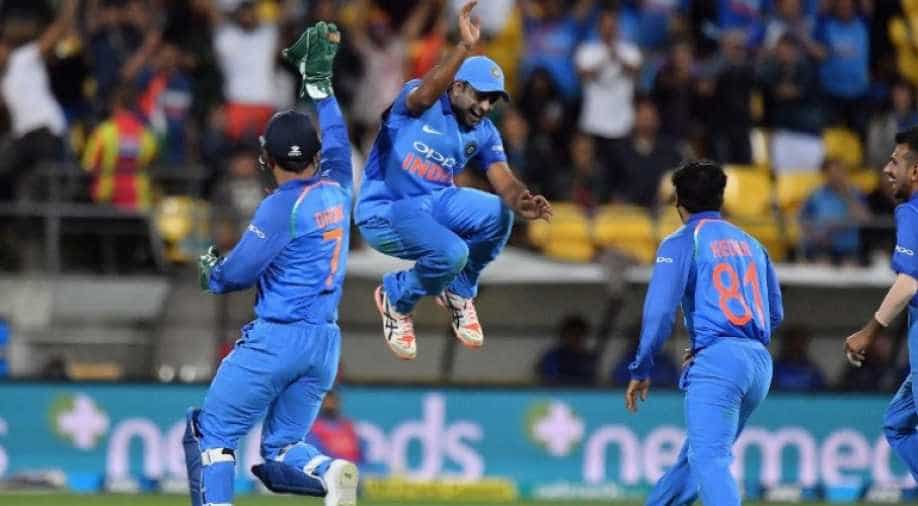 n a video shared by the Board of Control for Cricket in India, the Indian cricket team was asked - 'How's the josh?'

The "josh" is definitely high in the Indian cricket squad as the Men in Blue claimed their biggest series win on New Zealand soil, overcoming a disastrous start to earn a hard-fought 35-run win in the in the fifth and final match at Wellington's Westpac Stadium.

The 4-1 scoreline is the best that India have achieved in New Zealand across formats since they started touring the country in 1967.

The film is based on the 2016 Indian Army`s surgical strikes in Pakistan following the attacks in Jammu and Kashmir`s Uri town.

In a video shared by the Board of Control for Cricket in India, the Indian cricket team was asked - "How's the josh?"

Looks like the "JOSH" in the squad is "HIGH SIR" 🗣️ 📢
'HOWS THE JOSH' - @vickykaushal09 😉😉#TeamIndia pic.twitter.com/bzsB5EelBd

At 18 for four, India were heading towards another sub-100 total before the middle-order batsmen fought back to post a fighting total of 252. The 98-run stand for the fifth wicket between Ambati Rayudu (90 off 113) and Vijay Shankar (45 off 64) was the highlight of the middle-order fight back.

Hardik Pandya's 45 off 22 balls also went a long way in India posting a challenging target and his two wickets later on showed why he is such an important member of the team.