WATCH: Mohammed Shami hugs Cheteshwar Pujara after dismissing him for a duck in practice game 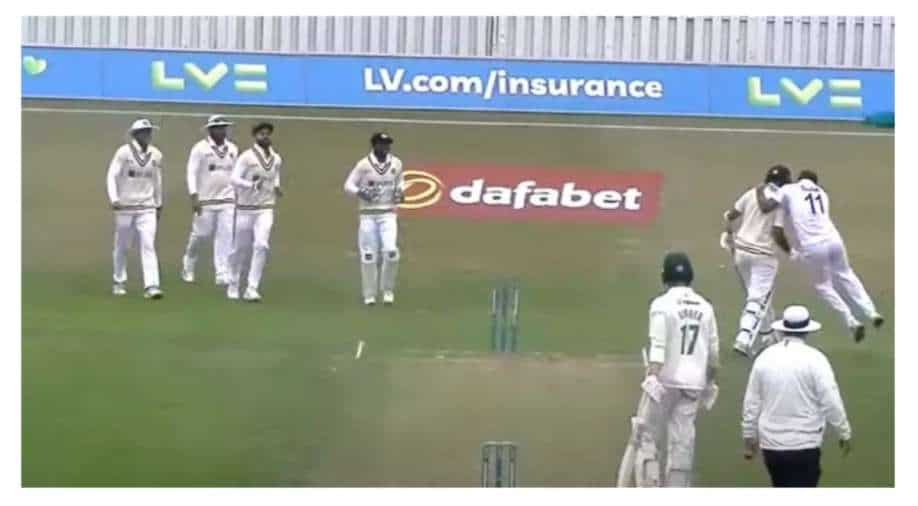 WATCH: Shami hugs Pujara after dismissing him for a duck in practice game Photograph:( Twitter )

Dismissing his Test teammate, Md Shami ran toward Cheteshwar Pujara and gave him a warm embrace. Here's the unmissable video:

Ahead of their one-off Test versus Ben Stokes-led England, the Rohit Sharma-led Team India players are currently involved in a four-day practice game versus Leicestershire at the Grace Road, Leicester. After India resumed the second day's play and declared their first innings at 246-8, thanks to wicketkeeper KS Bharat's unbeaten 70, Mohammed Shami has done wonders for India with the ball in hand.

Shami has been in top form and removed Leicestershire skipper Samuel Evans for 1 before he got rid of India's Test specialist Cheteshwar Pujara for a 6-ball duck. The right-hander, who was recalled into India's Test squad following a memorable run for Sussex in the County Championship, chopped the ball onto the stumps as Shami celebrated in style. Dismissing his Test teammate, Shami ran towards Pujara and gave him a warm embrace. Here's the video of the dismissal and Shami jumping on Pujara from behind:

A second wicket for Shami. He dismisses his @BCCI teammate, as Pujara drags on.

For the unversed, the Rahul Dravid-coached Indian team allowed four of their players, such as Pujara, Jasprit Bumrah, Rishabh Pant and Prasidh Krishna, to play for Leicestershire as per the pre-game agreement. The opening day saw Indian batters struggle in the conditions as the likes of Rohit and Virat Kohli got starts but perished soon before Bharat's 70 not out took them to a respectable total.

Following the practice game, India will face England in the rescheduled fifth and final Test in Edgbaston, Birmingham on July 01. It is part of the incomplete 2021 five-match series between both sides. The series came to a sudden halt last year due to Covid crisis in the then Kohli-led Indian camp. At that time, visitors had already taken an unassailable 2-1 lead. Thus, India have a chance to win their first-ever Test series on English soil since 2007.