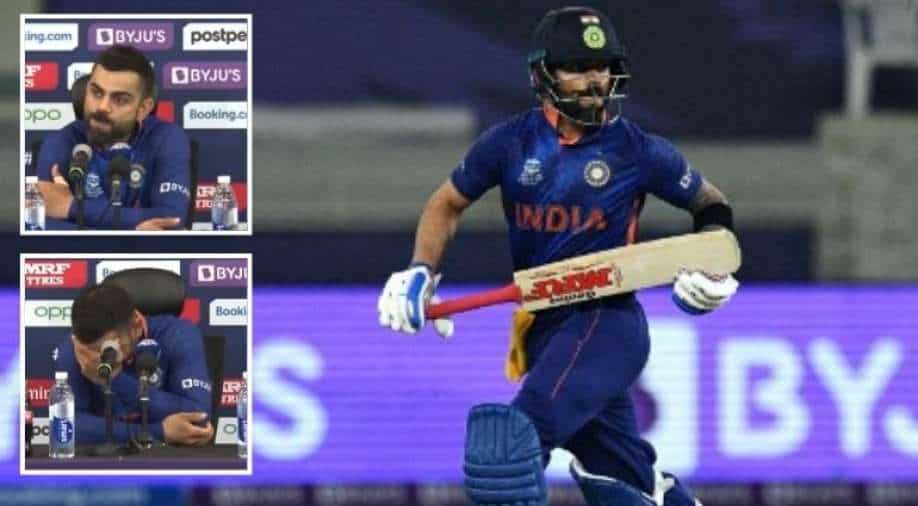 During the match, Afridi set up victory with figures of 3-31 that kept their opponents to 151-7 despite a valiant 57 from skipper Virat Kohli

Babar and Rizwan hit half-centuries as Pakistan registered their first-ever win over their arch-rivals at a Twenty20 World Cup. Chasing 152 for victory, Babar, who hit 68, and Rizwan, with 79, took apart India's bowlers as Pakistan reached their target with 13 balls to spare.

Left-arm quick Shaheen Shah Afridi set up victory — their first over India in six attempts in the tournament — with figures of 3-31 that kept their opponents to 151-7 despite a valiant 57 from skipper Virat Kohli.

Kohli, who never let "outside talks" get under his skin, looked irritated on a reporter's questions. After the match, Kohli was addressing the press when he was asked if young batter Ishan Kishan could have been better and played instead of Rohit Sharma.

With a frown on his face, Virat Kohli replied, "It's a very brave question. I played the team that I thought was the best, what is your opinion? Will you drop Rohit Sharma from T20 Internationals?"

"Do you know what he did in the last game that he played?" Virat further asked slamming the  "unbelievable" question.

Covering his face with his hand in utter shock by the line of questioning, Virat sarcastically said, "If you want controversy, tell me before, so I can answer accordingly."

During the post-match presentation, Kohli said, "We didn't execute properly. Credit where it's due and Pakistan outplayed us today. They started brilliantly with the ball, and 3 wickets for 20 runs was not a good start. We needed wickets early but with the bat they gave us absolutely no chances."