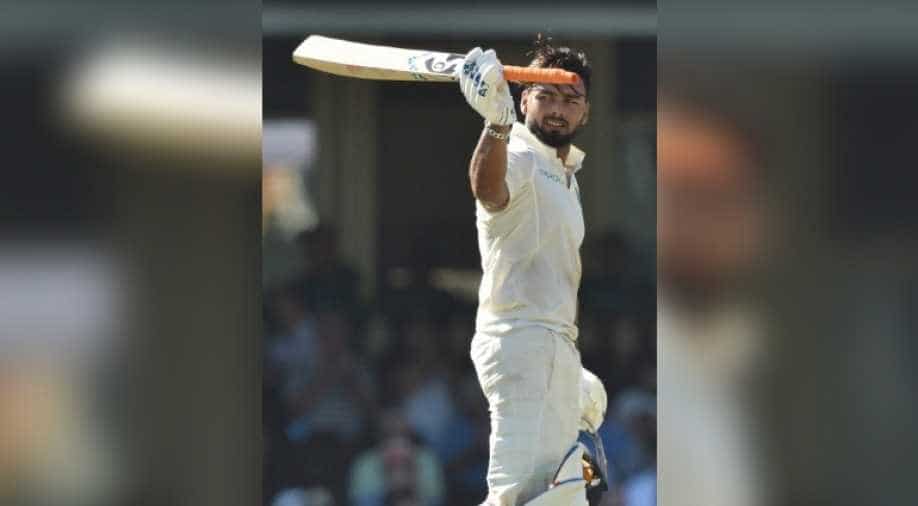 The Sydney Test became even more interesting for Pant when a bunch of Indian fans started chanting his name from the stands singing a hilarious song.

Indian wicket-keeper Rishabh Pant has been magnificent so far in the Test series against Australia. He slammed his second Test century in the first innings of the final Test on Friday at Sydney Cricket Ground.

The 21-year-old scored an unbeaten 159 runs off 189 balls to record the highest ever score by an Indian wicket-keeper in an away Test.

He also became the first Indian wicket-keeper to score a hundred on Australia soil.

Apart from that, the Sydney Test became even more interesting for Pant when a bunch of Indian fans started chanting his name from the SCG stands,  singing a hilarious song.

The lyrics of the song goes as:
"We've got Pant
Rishab Pant
I just don't think you’ll understand
He'll hit you for a six
He'll babysit your kids
We’ve got Rishab Pant

The video was posted via the Twitter handle of @thebharatarmy [The Bharat Army], that claims to be the global Indian cricket supporters group.

Earlier Pant, whose picture of holding Tim Paine's son along with the Australian skipper's wife Bonnie went viral after the "babysitter" banter by Paine.

The incident happened when Pant was batting in the Melbourne Test.

"Big MS (Dhoni) is back in the one-day squad too, we might get him (Pant) down to the (Hobart) Hurricanes we need a batter. Fancy that, Pantsy? Extend your little Aussie holiday. Beautiful town Hobart too, I'll get you a nice apartment on the waterfront. (I'll) have him over for dinner. Can you babysit? I'll take the wife to the movies one night and you'll look after the kids," Paine was heard saying on the stump mic.