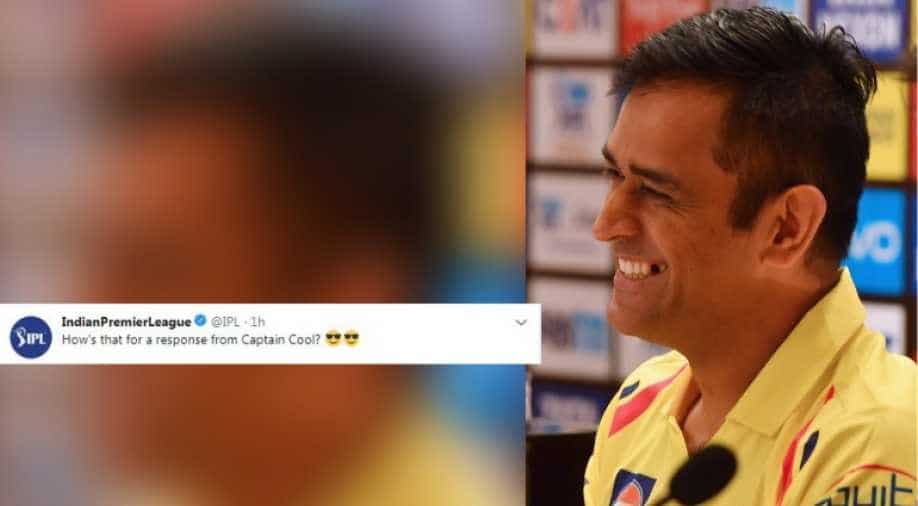 Pant had warned that the popular "Captain Cool", will lose his coolness in the upcoming edition of Indian Premier League.

Mahendra Singh Dhoni, the skipper of Chennai Super Kings, has reacted to the video and gave a fitting reply to Pant.

He ended the video by saying, "Game dikha, name bana."

The English translation goes as, "When I was young, I had a similar attitude. Common Rishabh, I will wait for you from behind the stumps."

"Show your game and earn a name for himself, " Dhoni added.

How's that for a response from Captain Cool? 😎😎#VIVOIPL pic.twitter.com/BAMYwNLA7v

Ahead of the twelfth edition of Indian Premier League, all the franchises and players are busy in promoting their teams.

IPL 2019 will start from March 23 where the defending champions Chennai Super Kings will kick off the season against Virat Kohli-led Royal Challengers Bangalore team.

Delhi Capitals will play their first match on March 24 against Mumbai Indians.