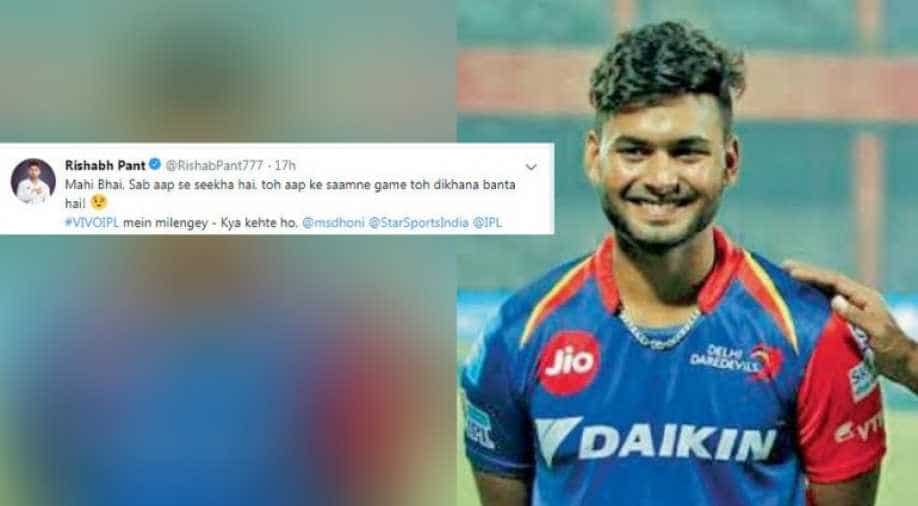 In a hilarious video, Pant teased former Indian captain MS Dhoni and warned him that the popular "captain cool", will lose his coolness in the upcoming edition of IPL.

A few days ahead of India's annual cash-rich and one of the most entertaining cricket leagues, Indian Premier League (IPL), cricketer Rishabh Pant has set up the mood for the tournament.

In a hilarious video, Pant teased former Indian captain MS Dhoni and warned him that the popular "captain cool", will lose his coolness in the upcoming edition of IPL.

The 21-year-old donned a brand new jersey of a revamped IPL team Delhi in the promotional video which was shared by Pant.

The English translation goes as "Mahi bhai (MS Doni) is like a teacher. If he would not have been there, I do not know whether I would have become a wicket-keeper batsman."

"But this time, I will hit his team so hard that Dhoni, who is known as captain cool, won't remain cool. Mahi bhai be ready, I am coming to show you the game.

Especially in the previous edition, where he scored 684 runs.

Pant, who is considered a favourite contender to replace Dhoni is all cricket format, earned praises for his crucial contribution in India's historic Test series win in Australia. He scored 350 runs in the four-match Test series, which was second only to Cheteshwar Pujara's tally.

IPL 2019 will start from March 23 where the defending champions Chennai will kick off the season against Virat Kohli-led Bangalore team.

Delhi will play their first match on March 24 against Mumbai.