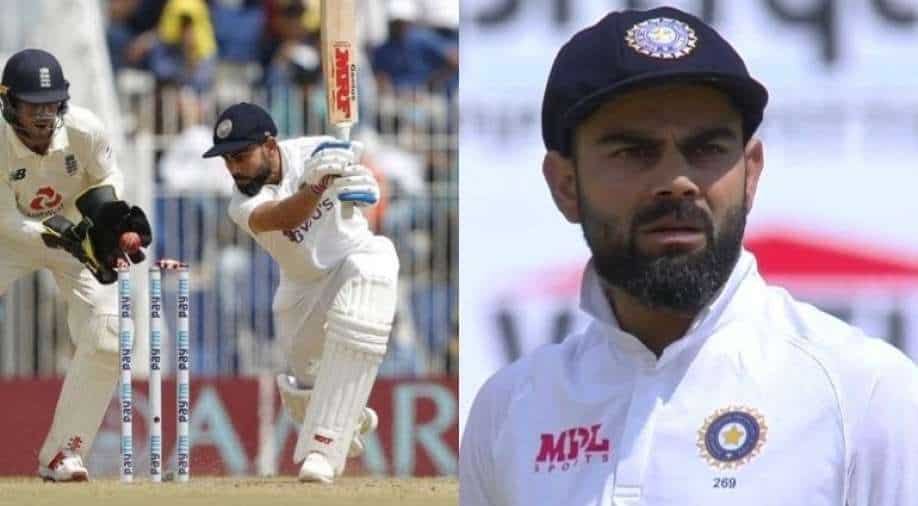 After Shubman Gill's dismissal, Rohit Sharma and Cheteshwar Pujara's 85-run partnership tried to stabilise the Indian innings. However, after Pujara's wicket, skipper Virat Kohli came on the crease to contribute but ended up following Cheteshwar after being clean bowled.

Moeen Ali tempted Kohli to play the cover drive, but the ball went on to crash on the top of the centre stump as India was lowered to 86 for 3. Kohli was in disbelief as he stood there checking with non-striker Rohit Sharma and the umpires if the ball had hit the stumps because the commentators on air questioned if the stumps had been disturbed by the wicket-keeper’s gloves.

However, vice-captain Ajinkya Rahane and Rohit Sharma's 70-run stand helped India go past 150 runs at the loss of three wickets. Rohit Sharma went on to score his 7th Test century after 9 innings (15 Months).

Virat Kohli opted to bat after winning the toss. Virat and Co. currently trail 0-1 in the four-match series, and a loss in the second Test will rule the side out of the qualification race for the final of the World Test Championship.