IND vs ENG, 2nd Test: Indian fans return to Chepauk to cheer for Virat and co. 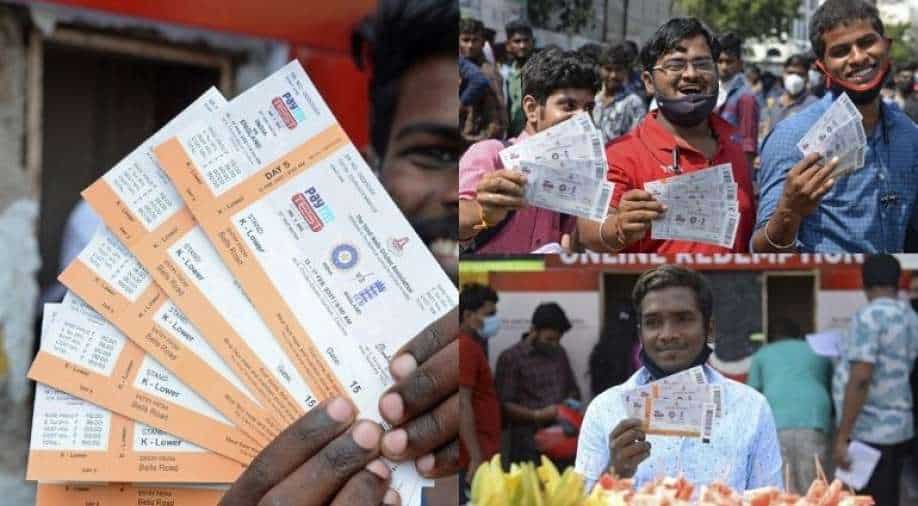 As per the commentators, fourteen to fifteen thousand fans were present in the stadium at the time of toss on Saturday. The spectators were allowed to the stadium as COVID graph in India is on the decline.

Skipper Virat Kohli was received with a warm reception of cheers by cricket fans while walking out for toss in the crucial second Test match against England as crowds return to Indian stadium after over a year.

Indian cricket fans returned to the stands for the first time since October 2019 after BCCI gave their nod for spectators to return. The Indian cricket board have allowed 33,000 fans to enter the MA Chidambaram stadium for the crucial second Test match between India and England.

It's good to have you back #TeamIndia fans 💙

As per the commentators, fourteen to fifteen thousand fans were present in the stadium at the time of toss on Saturday. The spectators were allowed to the stadium as COVID graph in India is on the decline.

Former Indian batsman VVS Laxman took to Twitter and said: "Glad Fans are back in the stadium for the 2nd #IndvEng test in Chennai. They are the biggest stakeholders and an integral part of our sport and I expect them to make a massive difference. Good toss to win for India and hope they make it count by scoring big in the 1st innings."

Virat Kohli went on to win a crucial toss ahead of the Test match as Team India is looking to bounce back in the four-match series. England are currently 1-0 up after a mammoth 227-run win in the first Test.

Former India opener Wasim Jaffer expressed his happiness on social media. He said: "Very happy to see fans back at the Chepauk. The fans are the heartbeat of our sport. Indian cricket wouldn't be as big as it is today if not for the constant support of passionate fans. #INDvsENG"