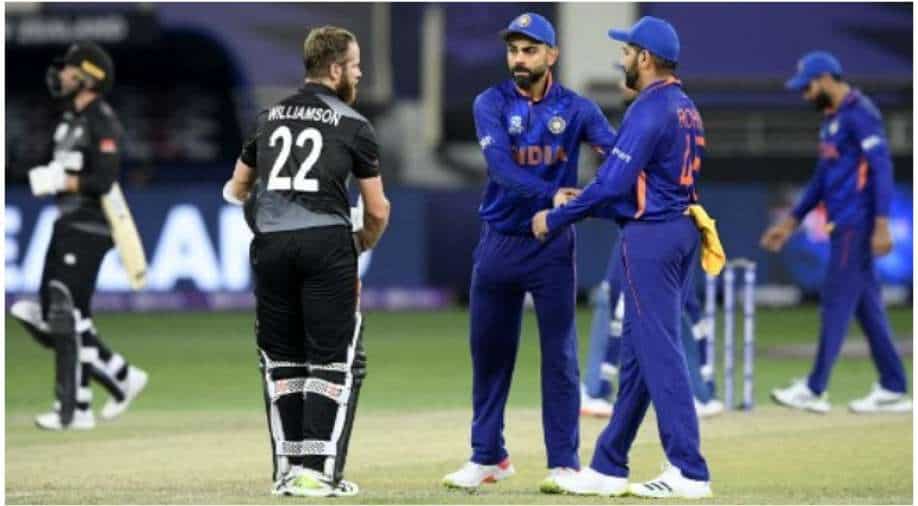 In a video on his YouTube channel, former Indian opener Aakash Chopra feels that discussions should've taken place between the concerned parties before the ODI captaincy change took place.

There has been a lot happening in Indian cricket at present. Before the South Africa tour, the BCCI named Rohit Sharma as Team India's limited-overs captain. While Hitman had already succeeded Virat Kohli as the T20I captain -- post the latter's resignation -- Rohit took over from Kohli in ODIs as the selectors went ahead with only one captain in white-ball formats.

While many speculated things weren't ideal between Rohit and Kohli post the ODI captaincy switch, Kohli addressed the media in BCCI's customary press conference before the SA tour and contradicted from BCCI's claims; i.e. regarding T20I captaincy resignation, or whether he had prior communication before his ODI captaincy sacking and if he was willing to skip the SA ODIs. Thus, things aren't at its best between Kohli and the Indian cricket board.

In a video on his YouTube channel, former Indian opener Aakash Chopra feels that discussions should've taken place between the concerned parties before the ODI captaincy change took place.

"It could have definitely been handled better, let's be very very honest. There are a lot of things which could have been better where they could have asked or had a discussion. You don't actually need to ask when you are removing someone as a captain. You just need to tell but it could have been handled a little better, that you acknowledge that the captain has done very well but now you are moving ahead and all of that. That communication could have happened," Chopra opined.

He further also suggested that Kohli could've spoken to the board members or selectors to clear the air regarding his availability for the SA ODIs, when news were circulating that he is willing to skip the series (also stated by a board member). In this regard, he said, "Virat Kohli could have also picked up the phone and spoken to them, everyone whose statements he didn't like because it was not only sources but it came from the horse's mouth, there were BCCI officials in that."

"So let's discuss between the two of us like grown-up adults and the BCCI officials could have also done the same thing. Washing dirty linen in public is never a great thing. The rumor markets are again hot and then the same sources, the same drama, we come back to square one, which we don't want."

At present, Ganguly-led BCCI has refrained from commenting on the matter post Kohli's presser. On the other hand, Kohli-led Team India's Test side is in South Africa where they are gearing up for the three-match series opener at Centurion on December 26.