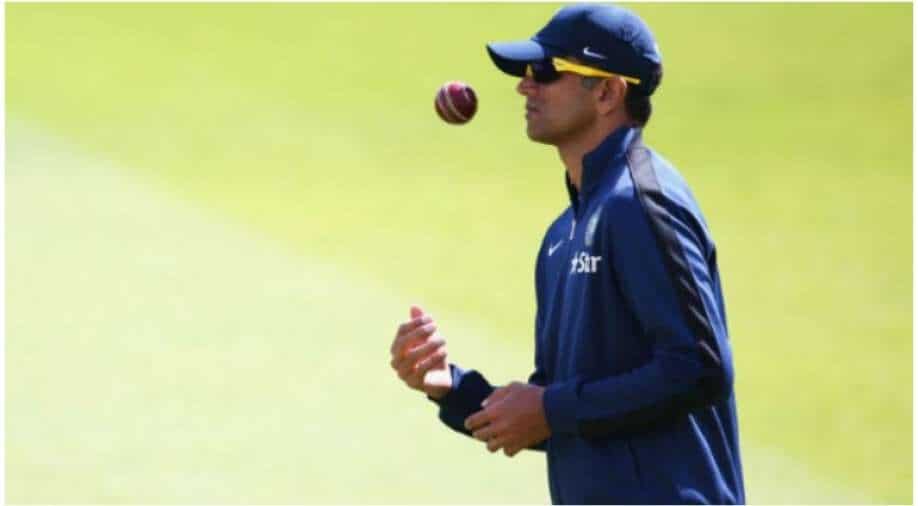 Ahead of the first Test between India and New Zealand, Team India head coach Rahul Dravid bowled off-spin in the nets at Green Park Stadium, Kanpur. Here's the video:

Ahead of India's first Test versus New Zealand, at Green Park Stadium, Kanpur, head coach Rahul Dravid bowled some off-spin at the nets. The video has gone viral in no time as it was shared of Team India's official Instagram handle.

Dravid, who ended with 13,288 Test runs and 10, 889 runs in ODIs, also accounted for five wickets in his entire international career, which spanned from 1996-2012. Hence, the former Indian captain rolled his arms in the nets and bowled to India's No. 3 Cheteshwar Pujara.

ALSO READ | 'There will be great understanding and...' - Irfan Pathan confident of Rahul Dravid-Virat Kohli partnership

The video was shared on Indian cricket's official Instagram page with the caption, "That moment when #TeamIndia Head Coach Rahul Dravid rolled his arm over in the nets."  The priceless clip has soon become the talk of the town and has already garnered over 220k likes on the photo and video sharing platform. Here's the video:

ALSO READ | There won't be any unfair treatment: Harbhajan points out changes Rahul Dravid will bring in Team India

Ahead of the two-match Test series opener, Pujara opened up on having someone of the stature of Dravid as India's coach. "It will help most of the players, especially young players who have worked with Rahul bhai during U-19 and India A days. Even experienced players like us, I have played with Rahul bhai.I have worked with him during the A series, so all of us are looking forward to his guidance. The amount of experience he has as a player and coach of the team, helps," Pujara said during a press conference.

This will be India's first Test series under new coach Dravid. After whitewashing the Kiwis in the three T20Is, the Ajinkya Rahane-led hosts will look to maintain their dominance over the Black Caps and take an unassailable 1-0 lead in the series opener, at Green Park, Kanpur. The first Test begins from November 25 whereas the second and final Test will commence on December 3 in Mumbai.