Venkatesh Iyer is ahead of Hardik Pandya in race for a spot in India's T20 World Cup squad: Wasim jaffer 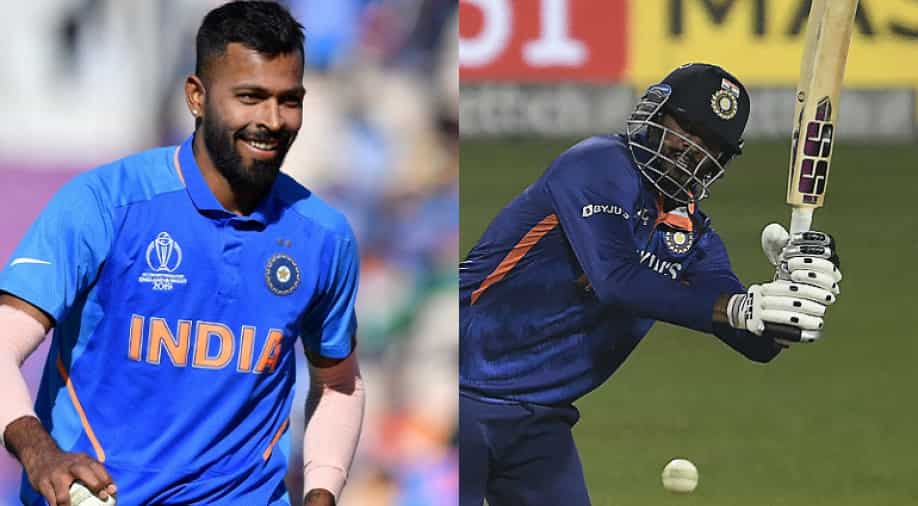 Venkatesh Iyer is expected to give Hardik Pandya a tough competition for the all-rounder's spot. Photograph:( AFP )

Former India cricketer Wasim Jaffer has made a bold claim by stating that Venkatesh Iyer is currently ahead of Hardik Pandya in the race for a spot in India's T20 World Cup 2022 squad.

India defeated West Indies by 17 runs in the third and final T20I on Sunday (February 21) to complete a 3-0 whitewash in the three-match series. Young all-rounder Venkatesh Iyer was one of the heroes of India's victory as he contributed well with both the bat and the ball.

Iyer slammed a crucial knock of 35 runs off 19 balls to help India post a strong total of 184 runs on the board before taking two wickets with the ball to help the hosts defend the total. In the absence of star all-rounder Hardik Pandya, Iyer along with the likes of Deepak Chahar and Shardul Thakur has impressed with his exploits in limited-overs cricket.

Pandya had opted to make himself unavailable for selection post India's exit from T20 World Cup 2021 to focus on his bowling and overall fitness. The all-rounder has since missed India's series against New Zealand, South Africa and West Indies. He will also be not part of the upcoming T20I and Test series against Sri Lanka at home.

In Pandya's absence, Iyer, Chahar and Sharul have all strengthened their case for cementing their spots in India's T20I squad. Former India cricketer Wasim Jaffer believes Iyer is now ahead of Pandya as far as a spot in the T20 World Cup 2022 squad is concerned.

Expressing concerns over Pandya's return to bowling full-time for the Indian team, Jaffer said he feels Iyer is currently ahead of the star all-rounder while adding that the upcoming IPL 2022 will play a key role in his return to the Indian team.

Iyer has so far played six T20Is for India and has scored 128 runs while picking up three wickets. After a stuttering start, the young all-rounder has started to find his feet in international cricket and is expected to give Pandya a tough competition for the all-rounder's spot in the squad.