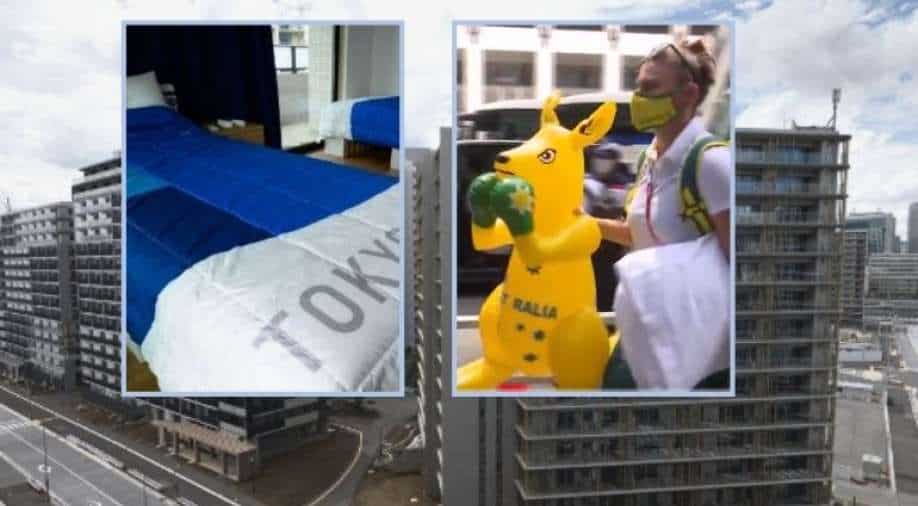 Ian Chesterman said that the damages were "minor" and that it was "not the hardest thing to break the cardboard bed".

Before departing, some Australian athletes caused damage to their rooms in the Tokyo Olympics village and left in an "unacceptable" condition.

They have later apologised. It has also been found that the team's mascots "mysteriously" disappeared for several days.

Ian Chesterman, who is Australia's team chief in Tokyo, said that some of the athletes had damaged beds and put a hole in a wall, however, no disciplinary action will be taken after they apologised.

As quoted by Reuters, he said, "Some young people made a mistake, they had left the rooms in a condition that was unacceptable."

He added that the damages were "minor" and that it was "not the hardest thing to break the cardboard bed".

He informed, "The rooms were not completely trashed in any way."

One of the funniest stories out here #Tokyo2020 #Roodunnit? ...Australian team mascots - Kangaroo and Emu - went missing at the Oly Village..and the chef de mission is relieved the 'stolen' mascots are back home. @sntvstories @AP_Sports #Australia pic.twitter.com/nOtXuApBx3

The Australian team chief also mentioned that mascots were removed from Team Australia's accommodation. He said two life-sized mascots – an emu and a kangaroo – were missing but they have been returned after a few days.

"The kangaroo and emu mascots were missing and we were very pleased to say they have returned. It was a bit of a mystery. There was a bit of a search and (we) were about to post wanted signs," Chesterman said.

Referring to team Germany's accommodation nearby, he said, "It seems they enjoyed a pleasant holiday in Deutschland."

"The mascots enjoy holidays in the village from time to time. But we are very pleased they are back," he added.