Tokyo Olympics: India lose 2-5 to Belgium in men's hockey semi-final, will compete for bronze next 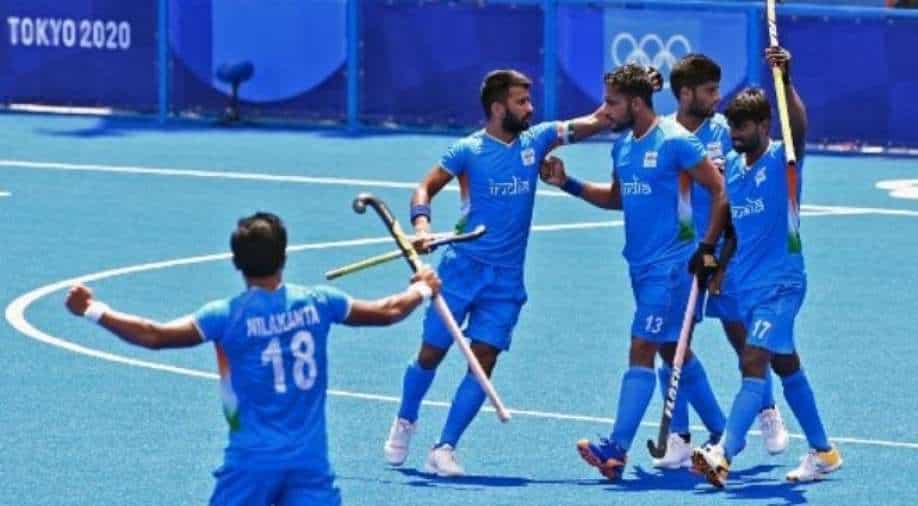 India will next play for a third-place finish on Thursday.

Indian men's hockey team lost the semi-final clash against Belgium 2-5 on Tuesday (August 3) at the ongoing Tokyo Olympics 2020. Belgium's Alexander Hendrickx scored a stunning hat-trick to take his side into the gold medal match for the second Olympics in succession. India will next play for a third-place finish on Thursday.

Both the teams were off to a thrilling start to the first quarter as India scored two goals back-to-back after Belgium take a 2-1 lead after the Men in Blue conceded an early goal with Loick Luyaert scoring through a penalty corner. For India, Harmanpreet Singh and Mandeep Singh were on the score sheet in Q1.

In the second quarter, the tournament's top scorer Alexander Hendrickx produced a brilliant penalty corner drag-flick and struck into the left corner to level 2-2 against India. In the last moments of Q2, India won a penalty corner but Harmanpreet's drag-flick went wide of the target.

In the fourth quarter, Belgium took the lead 3-2 after Hendrickx scored another unstoppable penalty corner. Hendrickx went on to complete his hat-trick from the penalty spot, and Belgium got a two-goal lead 4-2 when seven minutes were left to play. With six seconds left, John-John Dohmen of Belgium scored another goal for his side as he passed into an open goal, taking the lead to 5-2, which remained the final score of the India vs Belgium semi-final clash.

Our valiant campaign doesn't result in a Gold or Silver. We're still in contention for the BRONZE though!
We tried our best but Belgium came better in the 4️⃣th Quarter.
We face either Australia or Germany next in the bronze medal match.
Stay tuned for more updates. #Cheer4India pic.twitter.com/Kkzuckzxlg

Previously, India had booked a place in the semi-final through a 3-1 win against Great Britain in the quarterfinals This was their first semis since 1972. On the other hand, Belgium defeated Spain 3-1 to enter the semi-final of the event.