'Tiring out' Jasprit Bumrah will be crucial for Australia: Josh Hazlewood 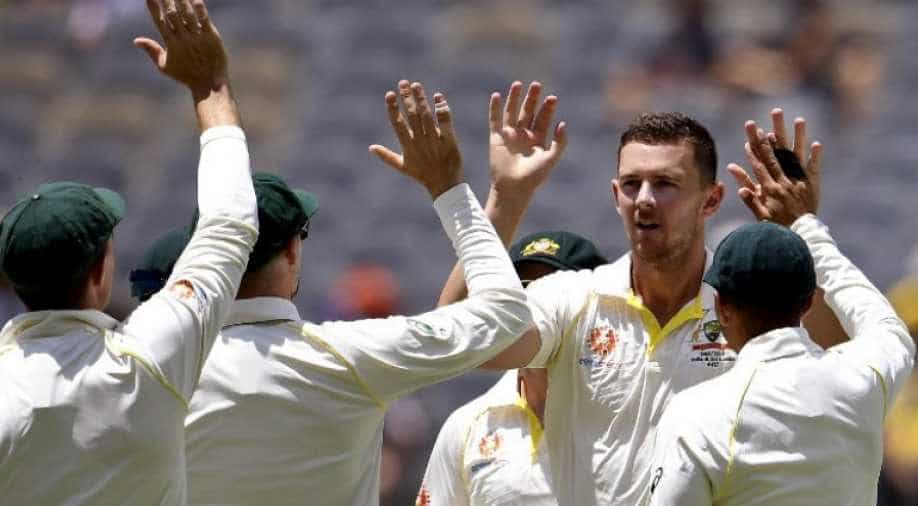 Pacer Josh Hazlewood has said that ‘tiring out’ Jasprit Bumrah will be crucial to Australia in the upcoming four-match Test series on their home soil against India.

Pacer Josh Hazlewood has said that ‘tiring out’ Jasprit Bumrah will be crucial to Australia in the upcoming four-match Test series on their home soil against India. When India visited Down Under in 2018-19, the became the first team to win a Test series on Australian soil wherein Bumrah scalped a whopping 21 wickets at an average of 17 and ended up being the leading wicket-taker in the series.

"Bumrah is probably the standout. He is unique with his action," Hazlewood told Hindustan Times. "He maintains pace very well throughout the day and the whole series. He is probably the key. He can take wickets up front or with the old ball. I guess it's about getting a lot of overs into him, try to tire him out in the first couple of games. That will be the key."

ALSO READ: AUS vs IND: Tickets sold out for 3 T20Is and 2 ODIs on first day of booking

In the previous series, the troika of Bumrah, Ishant Sharma and Mohammed Shami aggregated 48 wickets in comparison to Australian trio of Hazlewood, Mitchell Starc and Pat Cummins who picked up 40 wickets.

Meanwhile, Ishant Sharma is yet to join the Indian contingent in Australia and is currently training at the National Cricket Academy in Bengaluru after suffering an abdominal muscle tear during IPL 2020. However, he is expected to be fit in time for the Test series.

"They outbowled us the last time they came. That went a long way for them in winning the series," Hazlewood said. "They have most bases covered with their quicks. If Ishant Sharma gets here at some point it will add to their strength. They are all a little bit different. For the last 10-15 years, Indian pacers have kept improving. Our batters will have to be on their toes to counter that."

India will commence the Australian tour with a three-match ODI series starting November 27.