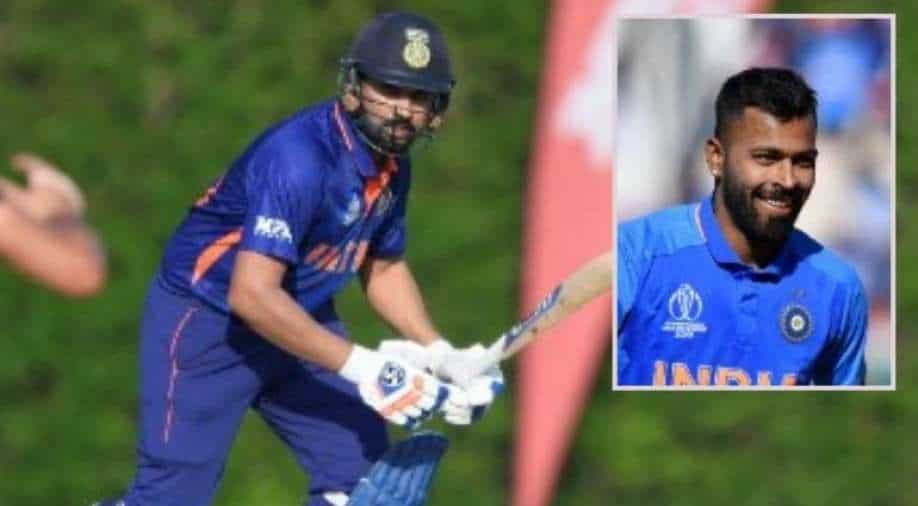 During the warm-up match against Australia, India registered a convincing nine-wicket win. India had beaten England by seven wickets in their first warm-up game on Monday

As India is gearing up for a high-octane clash against Pakistan on Sunday (October 24) in the ongoing ICC Men's T20 World Cup, arguments over permutation and the combination of playing XI are trending everywhere.

Critics have expressed their views, particularly, on Indian all-rounder Hardik Pandya, who didn't bowl a single over during Mumbai Indians' disappointing IPL 2021 campaign.

However, commenting on Pandya's availability, Indian vice-captain Rohit Sharma on Wednesday (October 20) said that the all-rounder is expected to be "ready" to bowl when the team starts its T20 World Cup campaign on Sunday.

"Hardik is coming along pretty well, but it'll be a while before he will start to bowl. He hasn't started bowling, but he should be ready by the start of the tournament," said Rohit at the toss for the warm-up match against Australia.

"We have quality in the main bowlers, but you need an option for a 6th bowler," he added.

During the warm-up match against Australia, India registered a convincing nine-wicket win while chasing 153. Pandya (14 not out off 8) came at four to finish the game and he did it with a clean hit over the bowler's head.

As cricket pundits constantly suggested a rejig in the Indian squad for the T20 World cup heading into the tournament, the team management has repeatedly stated that Pandya's bowling is crucial for the team's balance.

India had beaten England by seven wickets in their first warm-up game on Monday.