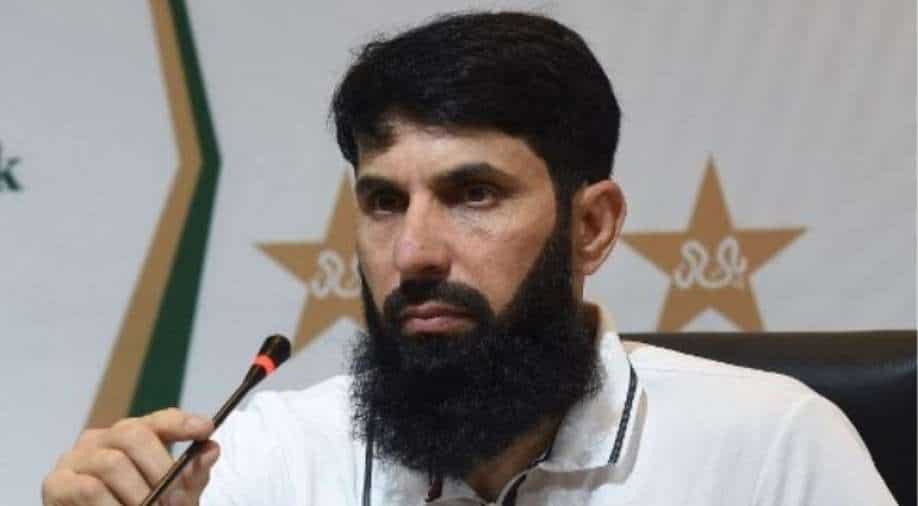 Former captain Misbah-ul-Haq addressed "deep-rooted" problems that are persistent in the Pakistan cricket system and said that looking for "scapegoats" is a norm in Pak cricket. Misbah also mentioned that improvement is unlikely unless it changes its culture.

Last month, Misbah had stepped down from the post of Pakistan cricket head coach citing family concerns. He now spoke for the first time after his resignation as he said "cosmetic surgery" will not change anything in Pakistan cricket.

"The problem is that in our cricket we only look at results and we don't give time or have patience for planning ahead and improving the system," he said on A-Sports channel.

"We don't focus on the fact that we have to develop our players at domestic level and then in the national team and work on their skill development. We want results and if we don't get the desired results we start searching for scapegoats," he said.

"Unfortunately, looking for scapegoats is a norm in Pakistan cricket. After losing a match or series we look for someone as a scapegoat to save face."

"Nothing will change if we continue with this cosmetic surgery. You can change the coaches and players but deep down the problems will remain the same," he said.

Commenting on the same, Misbah criticised the working of the national selection committee and the way it had made changes in the T20 World Cup squad.

"What is going on? First, you take decisions on bringing some players into the World Cup team and then 10 days later you take a U-turn and bring back players dropped back into the fold," he said.

The 47-year-old Misbah had taken over as head coach in September 2019, said he had made the decision while undergoing mandatory quarantine after testing positive for COVID-19 following Pakistan's tour of the West Indies.

"The quarantine time provided me with an opportunity to reflect on the past 24 months, future commitments and bio-bubble environment and on considering that I made the decision," Misbah said in a statement released by the Pakistan Cricket Board (PCB).