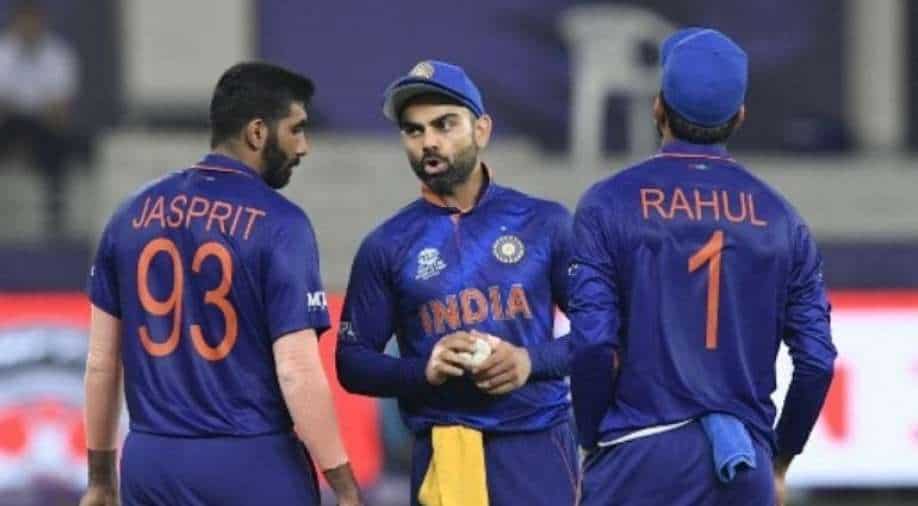 Pakistan defeated Virat Kohli-led team India as captain Babar Azam and Mohammad Rizwan hit half-centuries to inspire their side for a stunning win in a World Cup showdown for the first time ever with a 10-wicket romp in a Super 12 blockbuster at the Twenty20 World Cup on Sunday. The loss was also India's first 10-wicket defeat in T20 cricket.

Babar (68) and Rizwan (79) helped Pakistan to take apart India's bowlers as they reached their target with 13 balls to spare in Dubai while chasing 152 for victory. Left-arm quick Shaheen Shah Afridi set up victory — their first over India in six attempts in the tournament — with figures of 3-31 that kept their opponents to 151-7 despite a valiant 57 from skipper Virat Kohli.

During an exclusive chat with WION's Digvijay Singh Deo, the two-time World Cup-winning coach John Buchanan opened up on India vs Pakistan clash. He said, "It's going to hurt, that's for sure. It's hammering. That's just a real comprehensive loss against a fantastic Pakistan."

"However, your first game in the tournament is always a little bit tricky. You are just not quite settled as a team, you are just not sure about a range of things. It's always nice to get the first game underway and ideally get away with a win but in this case, India haven't"

"I don't think there will be of long-term concern for India, I think it reflects on a range of this 'can I change the bowling line-up' also the batting. But I think there won't be too many changes on India's side. One of these games tends to reflect relatively quickly and just go back to what you were doing in the lead-up and in individual performance and prepare for the next game".

India were completely outplayed as sent into bat, India were off to the worst possible start as they lost both their prolific openers Rohit Sharma and KL Rahul within three overs with just six runs on the board.

Kohli (57) and Pant (39) then joined forces to add 53 runs in quick time before the latter was caught out by leg-spinner Shadab Khan (1/22 in four overs) off his own bowling in the 13th over.

During the post-match presentation, Indian skipper Kohli said, "We didn't execute properly. Credit where it's due and Pakistan outplayed us today. They started brilliantly with the ball, and 3 wickets for 20 runs was not a good start. We needed wickets early but with the bat they gave us absolutely no chances."