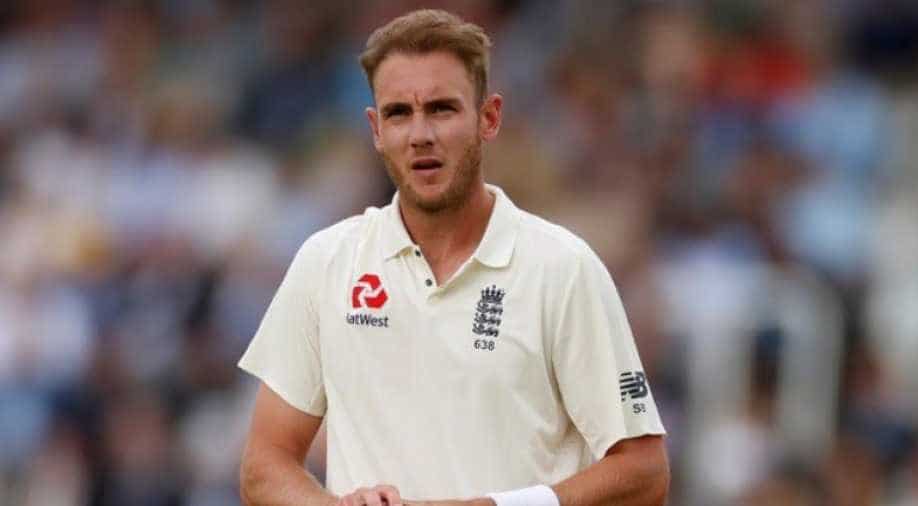 International Cricket Council (ICC) too praised the gesture by Indian captain and called it a "heartwarming gesture".

International Cricket Council (ICC) too praised the gesture by Indian captain and called it a "heartwarming gesture".

In an Instagram post by the ICC, they captioned it: “When England captain Joe Root was struck by cramps, Virat Kohli was the first to his aid. A heart-warming Spirit of Cricket gesture.”

England paceman Stuart Broad was not pleased with ICC's post and took a dig at the international cricket board. “I ran a drink out too, spirit of cricket award?” replied Broad on ICC’s post. 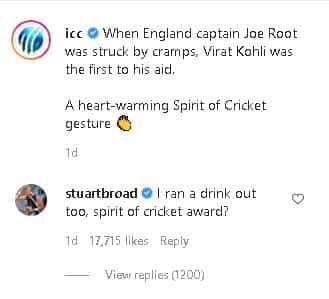 Broad was not included in the playing XI for the first Test against India. England were bowled out for 578 in their first innings against India. Bumrah and Ashwin picked up three wickets each. In reply, India scored 257 runs by the end of Day 3 after losing six wickets.

Rohit, Virat, Rahane fell cheap as India will be on the back foot for the remaining two days. Pant and Pujara tried to revive the innings, however, Cheteshwar's unlucky dismissal put the pressure back on the hosts.