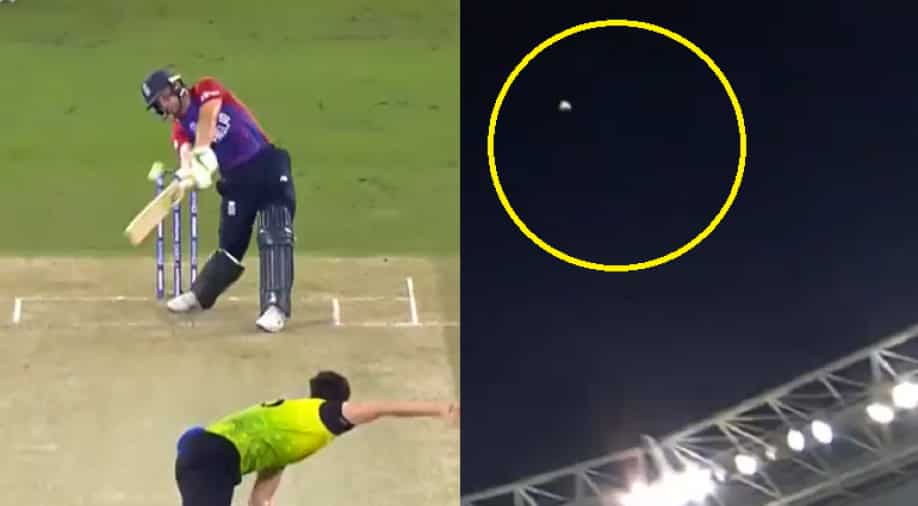 Former Australia cricketer Shane Watson confused the ball hit for a six by Jos Buttler for the moon in commentary during England's clash against Australia in the T20 World Cup 2021 on Saturday.

Jos Buttler played a sensational knock of unbeaten 71 as England thrashed Australia by eight wickets in their Super 12 clash of the ongoing T20 World Cup 2021 in Dubai on Sunday. Buttler was in brilliant touch as he single-handedly took the Australian bowling apart to power his side to a convincing victory and retain the top spot in Group 2.

Buttler's 32-ball 71 was filled with some extraordinary strokes all around the ground including a six off left-arm pacer Mitchell Starc which was sent out of the park. It was a huge six from the right-hander, who connected well and sent the ball over the stadium roof for a maximum.

Former Australia cricketer Shane Watson, who is currently commentating during the T20 World Cup 2021, mistook the ball hit by Buttler for the moon during commentary. Watson confused the ball for the moon when the replay of Buttler's six was played.

“Isn’t that incredible, the beauty of the earth that we live on,” Watson said on-air looking at the footage of the ball before being corrected by his fellow commentator. The clip of Watson's error soon went viral on social media.

Talking about the game, England won the toss and put Australia to bat first in Dubai. The Aussies were off to an awful start as they lost David Warner (1) and Steve Smith (1) in quick succession before Glenn Maxwell (6) also departed cheaply.

It was skipper Aaron Finch's 44 and contributions from Matthew Wade (18) and Ashton Agar (20) which helped the Aussies post a low-key 125 runs on the board.

England openers Jason Roy and Jos Buttler shared an opening stand of 66 runs for the first wicket and set the stage for a comfortable win for the Eoin Morgan-led side. Buttler went on to score an unbeaten 71 as England chased down the target of 126 runs with 8.2 overs to spare to keep their unbeaten streak intact in the T20 World Cup 2021.