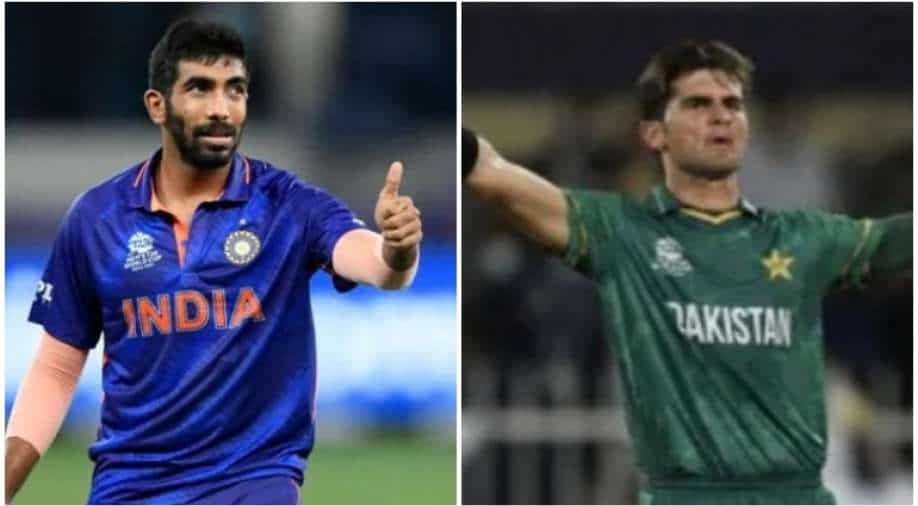 Former Pakistani cricketer Aqib Javed made a bold claim on Jasprit Bumrah-Shaheen Afridi. He also added that Men in Green speedster Haris Rauf has a more aggressive body language than the Indian pacer.

Jasprit Bumrah is currently involved in the Indian Premier League (IPL) 2022 edition. While he was been economical for the struggling Mumbai Indians (MI) in the 15th season, he has managed to pick only five wickets from eight games so far.

On the other hand, Shaheen Shah Afridi's rise has been spectacular in recent times. He accounted for a total of 17 wickets across formats during Pakistan's home series versus Australia recently. While Bumrah was also among wickets in India-Sri Lanka Tests, in the run-up to IPL 2022, Shaheen has made heads turn in recent times whereas Bumrah is being played by caution in the ongoing IPL season. Thus, former Pakistani cricketer Aqib Javed made a bold claim on Bumrah-Shaheen. He also added that Men in Green speedster Haris Rauf has a more aggressive body language than the Indian pacer.

“The way Haris has bowled in the last few years, his average bowling speed is the fastest in the world. And the aggression he has, the way he runs, the batsman knows that the bowler is running towards him, but Bumrah's isn't that aggressive. And people enjoy these kind of bowlers who have such body language. Shaheen's graph is on the rise, while Bumrah is stable."

"He has less threatening performances than Shaheen, whether it's in T20s, ODIs or in Tests. And the rise of Pakistan cricket largely has depended on performances from Shaheen, Haris Rauf, Shadab Khan, Babar Azam, Mohammad Rizwan,” said Javed to Paktv.tv.

It is to be noted that Bumrah remains India's premier pacer across formats. He has been in form in Tests, also chipped in with key wickets in 2022 India-South Africa ODIs but hasn't played a lot of T20Is post last year's World Cup. At present, he might not be picking wickets at regular intervals for his IPL franchise, he still remains a potent threat for batters across formats.