'Set a good example for the society': China bans national football players from getting tattoos 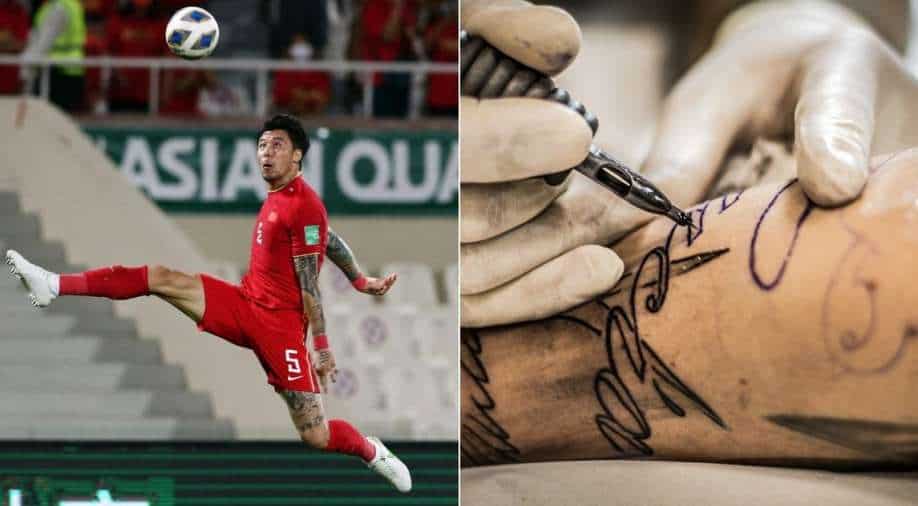 Zhang Linpeng is a Chinese footballer of Hui ethnicity who currently plays for Guangzhou in the Chinese Super League. Photograph:( Reuters )

As per the directive, national teams should organise activities that "strengthen the patriotic education" of athletes

China has barred footballers who play for the country's national team from getting tattoos. It has also advised the players to remove or cover the tattoos in case they already have, as per a directive issued by the General Administration of Sport of China (GAS).

As mentioned by a CNN report, the released directive stated that the players should set a "good example for the Chinese society".

"The national team and the U-23 national team athletes are strictly prohibited from having new tattoos, and those who already have tattoos are advised to remove them themselves," the GAS statement said.

"If there are special circumstances agreed by the team, (players) must cover up the tattoos during training and matches," it added.

As per the new guidelines, national teams should organise activities that "strengthen the patriotic education" of athletes to "enhance the sense of mission, responsibility and honour".

Well, this is not the first time, such rules have been issued, in 2018, a women's university football match in China was called off after players were told they can not have dyed hair.

The match organisers had said that athletes at all stages "shall not have tattoos, dye their hair, wear weird hairstyles, or wear any accessories". Otherwise they will be "ineligible" for the competition.