'Seemed like he was playing against kids': Aakash Chopra wants youngster in squad for South Africa ODIs 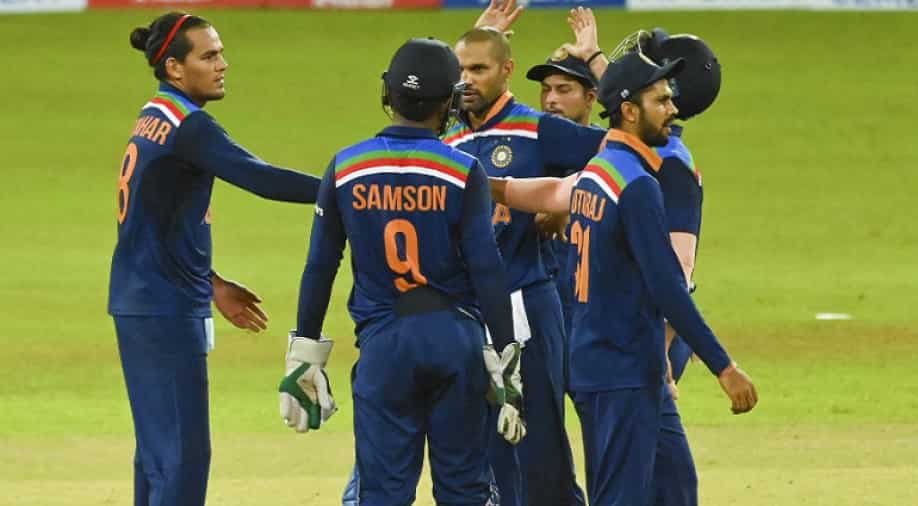 Former India cricketer Aakash Chopra has batted for the selection of an in-form youngster in the ODI squad for the upcoming series against South Africa.

Indian youngster Ruturaj Gaikwad has been enjoying a purple patch in the ongoing Vijay Hazare Trophy. Captaining Maharashtra in the tournament, Gaikwad has dominated the run-scoring charts with over 600 runs so far in just five matches as he bangs on the selectors' door ahead of the ODI series against South Africa.

One of Chennai Super Kings (CSK)'s best batters in the last couple of years, Gaikwad was the highest run-getter in IPL 2021 and has been in sensational form in the Vijay Hazare Trophy. While he has already made his T20I debut for India, he might get to make his ODI debut in the upcoming South Africa ODI series.

Former India cricketer and popular commentator Aakash Chopra feels Gaikwad had done enough to get a chance in the ODI series against the Proteas. The CSK star has 603 runs in five matches in the Vijay Hazare Trophy so far with as many as for centuries and an average of over 150.

Chopra said Gaikwad's name should be the first one for consideration when the squad is picked for the ODI series against South Africa. The former cricketer heaped praise on the 24-year-old stating that he has seen some of the right-hander's innings and it felt like he was playing against kids.

“The first name, the name at the top is Ruturaj Gaikwad. I mean he has hit four centuries, at one point he had hit three hundreds in three matches and no one was able to get him out. I saw some of his innings. It seemed like he was playing against kids," Chopra said in a video on his YouTube channel.

"He was only playing the sweep shots against the fast bowlers, who does that? Inside out fours against the spinners. Bowlers were bowling alright but Ruturaj actually looked in a different league altogether," he added.

Chopra feels it will be almost impossible for the selectors to ignore Gaikwad, who has been in red-hot form in the Vijay Hazare Trophy and has already proved his worth in the IPL with a season to remember for CSK. The youngster is likely to make the cut in the ODI squad but it remains to be seen if he will get a chance in the playing XI.