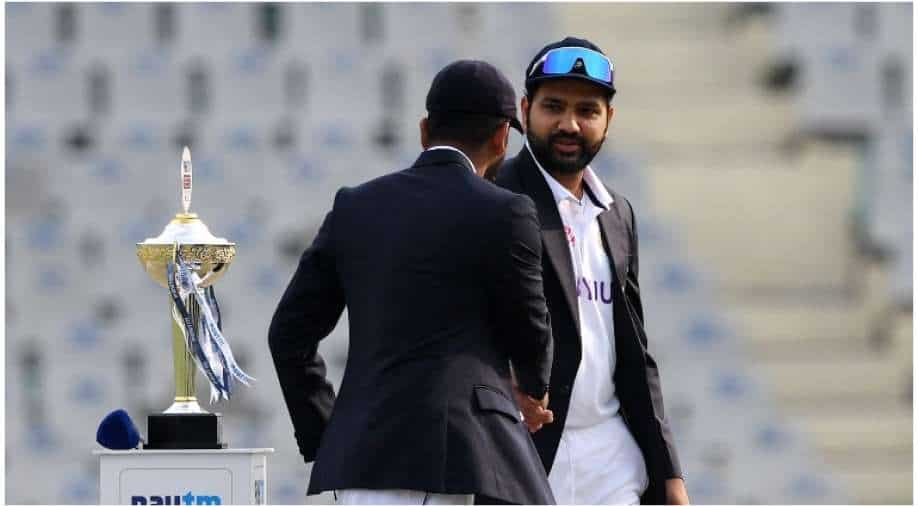 Rohit Sharma will attain a huge feat when he comes out for the coin toss in India's second and final Test versus Sri Lanka in Bengaluru on March 12.

Rohit Sharma is set to achieve a big milestone when he comes out for the coin toss in India's second and final Test versus Sri Lanka at the iconic M Chinnaswamy Stadium, Bengaluru on March 12 (Saturday). Rohit will join Virat Kohli, MS Dhoni, Sachin Tendulkar and five other Indians in an elite list at the start of the series decider against the Islanders.

Most matches in a career

For the unversed, Rohit has featured in 44 Tests, 230 ODIs and 125 T20Is for Team India. In his 45th Test, the 34-year-old will enter another elusive list in his illustrious career. Making his international debut in 2007, the right-hander's career took an emphatic turn when he was promoted as an opener in the white-ball formats. Since then, he hasn't looked behind and has also been India's best performer across formats in the last few years (also turning things around in style in the red-ball format since late 2019).

Coming back to the India-SL series, Rohit & Co. won the first Test by an innings and 222 runs. They will aim for a clean sweep in the second and final Test, which will be a pink-ball contest in Bengaluru.