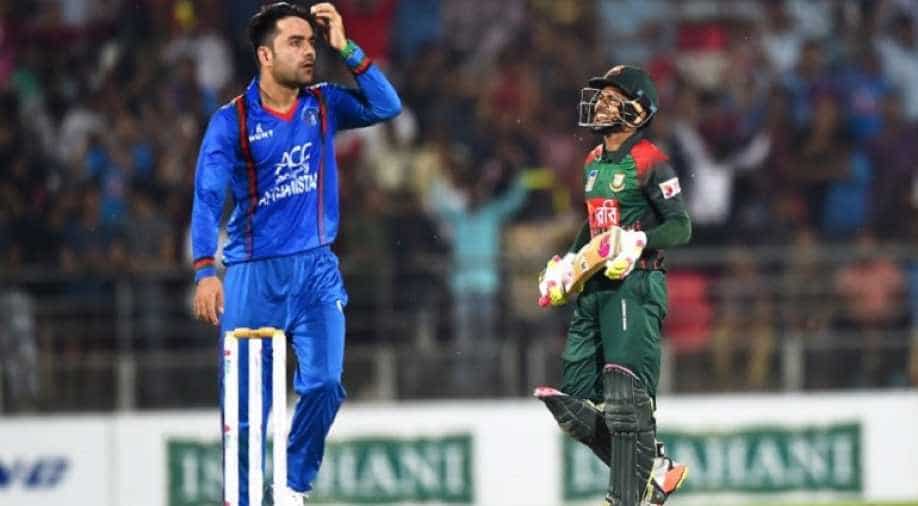 On Thursday (August 26), at least 72 people were killed and over 140 injured in a series of explosions that shocked Kabul. The twin blasts were reported from outside the crowded Kabul airport on Thursday evening, whereas more followed suit later. Among the casualties, as many as thirteen US soldiers -- including 12 Marines and a Navy medic -- were those who lost their lives whereas a total of 18 other service members were left severely injured.

The situation in Afghanistan, thus, continues to degrade day-by-day as the country's spin wizard and star cricketer Rashid Khan reacted to the twin blasts outside the Kabul airport. Rashid, who is currently part of Sussex in the T20 Blast in the United Kingdom, reacted to the heartbreaking news and begged for the life of his fellow countrymen back home.

Earlier, Rashid had even urged the world leaders to come together and help in restoring normalcy in his country. He had tweeted saying, "Dear World Leaders! My country is in chaos, thousand of innocent people, including children & women, get martyred everyday, houses & properties being destructed. Thousand families displaced.. Don’t leave us in chaos. Stop killing Afghans & destroying Afghanistan. We want peace."

Talking about the devastating attack in Kabul, the Islamic State (IS) came forward and took full responsibility for the blasts outside the airport. The outfit also shared a picture of a suicide bomber that struck the crowded gates of Kabul airport, leading to shutting down the Western airlift of Afghans desperate to flee.